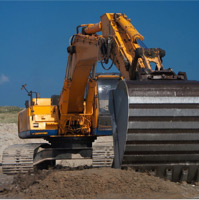 Myanmar is a country that is rich in natural resources and it has such a vast amount of mineral deposits that some are even calling it the “the best future mining spot in the world”. Despite its small size, Myanmar can boast of having the largest copper deposits in Southeast Asia besides big deposits of many other kinds of minerals as well. This has caught the eye of investors from various countries all over the globe. Many of them have already started investing in the mining industry in Myanmar and many more are about to join in. The mineral deposits have always been here but due to strict military rule Myanmar was closed to the rest of the world for the past few decades which kept those deposits out of the reach of foreign companies. However, as soon as the government started relaxing the laws from 2011 onwards numerous investors from various countries and flocked to Myanmar.

The Ministry of Mines of Myanmar controls and regulates the mining industry in the country and it is the main body that issues exploration and production licenses to both local and foreign companies. One of the conditions for being granted a mineral exploration license is to join hands with one of the state-owned mining enterprises by signing a production-sharing contract. This condition applies to all the mining companies regardless of whether they are local or foreign. Until now, the production-sharing contracts were a standard mandatory condition for all miners and it required them to hand over 30% of their output to the government. Additionally, there were also income taxes and royalties to be paid which ranged from 3% to 5% depending on the mineral.

However, in December last year some changes were made to the existing mining laws which have made this industry much more investor friendly. The new amendments made to the Myanmar National Mining Law have now opened up an alternate option where the government can choose to take an equity interest in mining projects instead of the 30% production share. Existing regulations will also be changed in accordance to these new amendments and lawmakers are in the process of finalizing them. So far most of the investments in Myanmar’s mining industry have come from China. However, many other countries also want to enter this field and as the changes in the mining law take effect they will certainly feel encouraged to do so. So, in recent future Myanmar is expected to attract a lot more foreign investments through its massive mineral reserves.