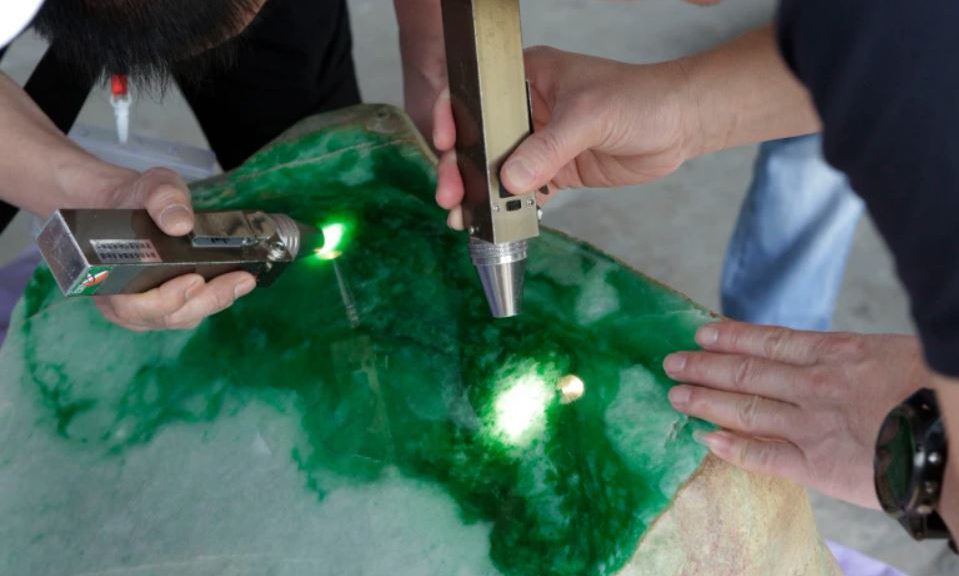 Opposition to the military’s coup has boosted ethnic armed groups, creating a new challenge to its lucrative jade and gems business.

Life in Myanmar’s jade-producing regions was always difficult and precarious but since the military seized power from the civilian government on February 1, it has become even more dangerous.

In Kachin State’s Hpakant township, which has the world’s largest and most lucrative jade mines, there are more soldiers and police, access to mining sites has become more difficult and local markets have stopped operating.

“Many places are dangerous to dig jade now. There are only a few places where we can dig by hand or small machine,” said Sut Naw, a local miner who preferred to use a pseudonym for security reasons.

Police and soldiers are now guarding company compounds, he added, patrolling roads day and night. They also stop people on the streets or in their vehicles, checking for jade and other valuables and searching through people’s phones for evidence of resistance to the coup.

“I have seen many zombie movies, but never realised that I would be living in a similar environment,” he said. “People don’t go out at all unless they have to.”

The military has long dominated Myanmar’s jade industry and continues to rake in immense profits. Myanmar’s annual jade and gems emporium, held from April 1 to 10, brought in $6.5m on the sixth day alone, according to state media.

In 2015, the environmental watchdog Global Witness valued Myanmar’s jade industry at $31bn and described it as possibly the “biggest natural resource heist in modern history.” Identifying the Tatmadaw and armed elites as the industry’s biggest profiteers, the exploitation of jade was “an appalling crime that poses a serious threat to democracy and peace in Myanmar,” it said.

Keel Dietz, a Myanmar policy adviser with Global Witness, told Al Jazeera that with the Tatmadaw now in total control over the formal governance of natural resources, they were likely to step up that exploitation.

“There is a huge risk that the military, in their desperate efforts to maintain control, will look to the country’s natural resource wealth to sustain their rule, to buy weapons, and enrich themselves,” he said.

Escalating clashes between the Kachin Independence Army, the armed wing of an ethnic armed group in the resource-rich northern state and the military, known as the Tatmadaw, have raised questions over the control over the jade mines.

Before a 1994 ceasefire, the Kachin Independence Organization, which has been fighting for federal rights to self-determination since 1961, controlled most of the mines and local people were able to enjoy a share of the wealth through small-scale mining activities. The KIA is its armed wing.

The ceasefire saw most of the jade-mining region nationalised under a military government known for exploiting resources without regard for the social and environmental consequences.

The state-owned Myanmar Gems Enterprise took control over the regulation of mining activity and issuing licences, which it signed over to itself and to companies that benefitted its interests, including proxy companies, companies run by military cronies and those connected to armed actors including the United Wa State Army, which runs its own special administrative region on the China border and has a history of links to drug trafficking.

Hundreds of thousands of migrants flocked to the area, dreaming of digging their way to prosperity but found themselves scavenging through company waste heaps; if they found a big stone, it was confiscated by soldiers.

The natural environment was destroyed, landslides and mining accidents claimed hundreds of lives, and drug abuse skyrocketed – all while the Tatmadaw pocketed handsome profits.

Shortly after winning elections in 2015, the National League for Democracy (NLD) led by Aung San Suu Kyi pledged to reform the industry and in August 2016, suspended the renewal of mining licences and the issuance of new ones.

But companies bypassed the suspensions with impunity, and the NLD government was widely criticised by rights groups for failing to bring meaningful changes to the jade industry. In July 2020, more than 170 people were buried in a landslide in a Hpakant jade mine.

“The government and military have never respected natural resources,” said Ah Shawng,* a land and Indigenous rights activist in Hpakant. “They extract resources as they wish and only for themselves. .. Our natural resources are all disappearing and being destroyed.”

But since the coup, resistance to centralised policies and the exploitation of ethnic people and the land and resources in their states appears to be rising.

The 2008 military-drafted constitution, which centralised land and resource management at the union level and entrenched Tatmadaw power, was abolished on March 31 by officials forced out by the military. In its place, they put forward an interim Federal Democracy Charter.

Mainstream support for armed resistance to military rule has also increased, as the Tatmadaw arrests thousands and indiscriminately shoots civilians. Some 739 people have been killed, according to the Assistance Association for Political Prisoners (AAPP), which is tracking the violence.

With ethnic armed groups, including the KIO, in a position to offer protection and help fight back against the generals, ethnic minorities’ struggles for self-determination under a federal system, which were once largely ignored by the majority Bamar public, are now increasingly popular. Pro-KIA demonstrations have been held across Kachin State and even in central Myanmar, while the number of recruits is rising.

Although the KIA and Tatmadaw have been at war since the ceasefire collapsed in 2011, fighting had slowed since 2018.

But since the coup conflict has escalated.

Clashes have been taking place nearly every day. The KIA, so far, appears to have the upper hand – it has taken several Tatmadaw bases and claims to have obliterated entire battalions, killing hundreds of soldiers.

Some of the most intense fighting has occurred in and around Hpakant, where Ah Shawng, the local rights activist who also prefers to use a pseudonym for her security, says most locals support the KIA.

“Now, when [junta] forces harm people, the KIA protects and stands with us,” she said, adding that the KIA had been successful in driving out some security forces from the area.

On March 28, the KIA killed about 30 policemen who had raided a jade mining site operated by the Taut Pa Kyal mining company, according to Kachin State-based media reports.

The company, according to a BBC Burmese article, is backed by the Kyaw Naing company, which has 64 licenced mining sites and failed to disclose a military crony among its beneficial owners in 2020. Days later, a photo circulated on social media of a police station, allegedly at another company jade mining site in Hpakant, bearing a white flag of surrender to the KIA. Al Jazeera contacted the KIO to verify the incidents but they declined to comment on matters related to Hpakant.

The KIA may be fighting to gain control of other areas as well – including some areas beyond Kachin State.

Local news agency Myanmar Now reported on April 15 that the KIA and Tatmadaw had clashed in Mogok, a city in Mandalay region hundreds of miles from Kachin State.

Mogok’s mines possess the world’s most valuable rubies, as well as other lucrative gemstones. On April 16, a group of youth in Mogok staged a pro-KIA march and drew a large “Welcome KIA” banner on the street. The next day, the military forces gunned down at least two people in the city.

Dietz of Global Witness told Al Jazeera that while the sanctions were “hugely important,” they were likely to have only a limited effect on the jade sector without the support of China, which serves as the primary market for Myanmar’s jade, a highly prized luminous green stone.

“Global Witness encourages the international community to place import bans on all jade and coloured gemstones coming from Myanmar,” he said.

He also expressed concern that as the Tatmadaw finds itself squeezed of funds, it might try sell off resource concessions in exchange for fast cash.

“The international community should make it clear to commodity trading firms and other investors in natural resources that now is not the time to be making large new resource deals in Myanmar – the military regime is not a legitimate government, and should not be allowed to sell away Myanmar’s remaining mineral wealth to sustain itself,” he said.

Tu Hkawng the Minister of Natural Resources and Environmental Conservation under the newly-formed interim National Unity Government running in parallel to the generals’ administration, told Al Jazeera that it was time to bring natural resource management back into the hands of the local people.

Appointed on April 16, he has already begun engaging with local stakeholders to reform natural resource management policy through the lens of Indigenous rights.

“We are trying to build a collective leadership … to engage more with the grassroots-level community and solve the problems together,” he said. “This is a bottom-up approach. In order to achieve it, we have to build a network with every stakeholder and collaborate.”

He hopes that by addressing natural resource governance, the civil wars that have plagued the country for the past 70 years can finally be brought to an end.

“Every ethnic group has the right to manage and benefit from the natural resources on its own land. Right now we don’t have that,” he said. “If everyone gets to govern their own land, we won’t have to fight any more.”

*Names have been changed to protect the security of those interviewed, at their request.