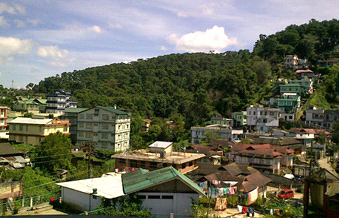 Meghalaya will become a part of the government’s ambitious plan to develop 100 smart cities in India. The total expenditure of the smart cities mission is expected to be around Rs. 4 lakh crore. At present 40 percent of India’s population lives in urban cities and this mission aims at improving urban India and bringing it at par with the developed nations. Recently, a media report mentioned the list of 100 smart cities to be announced by Indian Prime Minister Narendra Modi. This media report did not include any city from Meghalaya but Urban Affairs Minister Ms. Ampareen Lyngdoh has contradicted this report and stated that Meghalaya will feature in the government’s ‘100 Smart City’ list. Which city in Meghalaya will be selected is yet to be decided, but as per Ms. Ampareen Lyngdoh, Meghalaya will definitely get one smart city.

The government plans to spend a total of $ 1.2 billion in order to complete the 100 smart cities project. As Meghalaya is sure to get one of these cities, a significant amount of investment is expected to come into the state which will provide a big boost to its economy. The proposal to develop 100 smart cities makes all cities which have population ranging from one to four million eligible to be developed as smart cities. Additionally, the largest cities of smaller states will also be eligible even if their population is less than one million. As per this criterion, the capitals of all north eastern states will be eligible as they are the largest cities in their respective states.