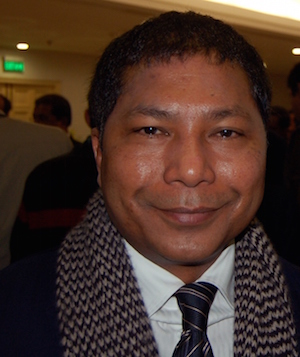 Meghalaya Livelihood and Access to Markets Project (Megha LAMP) was launched on September 3, 2015 by Meghalaya Chief Minister Mr. Mukul Sangma. This project aims at improving the earnings of farmers by providing them market linkages. Mr. Sangma stated that the project would create 250 km of eco-friendly roads, 20 bridges and 10 ropeways across the target areas thereby enhancing rural connectivity for village clusters and producers. He expressed his happiness about the ability of this project to benefit 1,40,000 households by developing 47,000 enterprises set up by the rural community in 39 blocks and 54 value chains and livelihood clusters in 18 blocks.

Megha LAMP has a budget of US $ 174 million and this project is a part of Integrated Basin Development and Livelihoods Program (IBDLP) which is the state’s flagship program. The project is being assisted by assisted by the International Fund for Agricultural Development (IFAD). The Chief Secretary of Meghalaya Mr. Warjri stated that this project would further strengthen the objectives of Basin Development program. He further added that this is the third project from IFAD to benefit Meghalaya. According to IFAD Mission Leader Mr. Edward Mallorie, the Megha- LAMP project is a demand and community driven task based on an institutional set up and therefore it can an international best practice project.