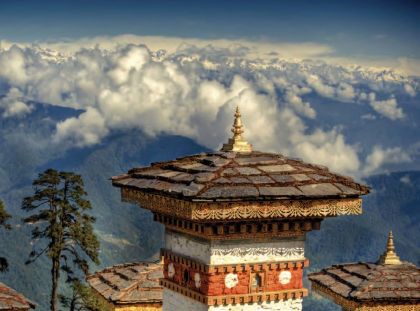 The Kingdom of Bhutan has always had good relations with India. For the last 17 years it has also remained the biggest beneficiary of Indian foreign aid by both amount and share. Bhutan has remained India’s unfailing priority because of its strategic location, its dependence on India and its hydropower potential. Besides Bhutan, India provides aid to various other countries not only from this region but from other parts of the world as well. Other countries that India has been providing financial aid to include Afghanistan, Nepal, Sri Lanka, Bangladesh, Maldives and some African countries among others. However, the aid given to other countries by India has fluctuated over the years while in case of Bhutan it has always been constant.

Over the last nine years, Afghanistan has made it to the second spot and has been preferred over Nepal and Bangladesh which have been the traditional recipients. Indian aid to Sri Lanka has seen a lot of fluctuations; it fell 69% year-onyear in the financial year 2016-17, and rose 118% and 166% in 2012- 13 and 2009-10 respectively. In the pre-2007-08 period, Nepal was the second-largest recipient in all years except three, when Bangladesh held that position. Before the financial year 2007-08, the foreign ministry did not even report aid for Afghanistan individually. However, in eight of last 10 years, Afghanistan has held the second spot by share. Bhutan’s share has fallen by 10.45 percentage points in the last 17 years as other countries have been eating into its share but yet it has consistently held the first spot.