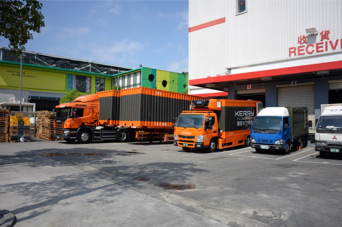 Kerry Logistics has been provided the contract allowing it to operate two inland ports in Myanmar. It is a Hong Kong based company and the contract was signed between its subsidiary company named KLN Singapore and the Ministry of Rail Transportation, Myanmar. This is being done as a part of the Government’s plan to construct a network of dry ports across the country under a United Nations initiative. U.N. believes that development of dry ports will benefit Myanmar and make cargo transfer faster and more efficient by combining the use of road, rail, sea and waterways. KLN Singapore will complete the project in partnership with a local company named Resources Group Logistics (RGL). Both the companies will hold equal number of shares of the 80-acre site at Ywarthargyi near Yangon. However, in case of the 80-acre site at Mandalay, the number of shares held by KLN will be slightly larger.

KLN will invest a total of $ 42 million and apart from development it will also operate the ports for 50 years while Resources Group Logistics will make an investment of $ 39 million. Another company named China Communications Constructions will be hired for guidance as an advisory. The company will also be given an option to extend its operational privileges twice for a period of 10 years after the completion of the initial 50 years period. The land use premium on both these sites has been set at $ 26,247 per acre with an additional $ 5500 per acre annual rent. This project is not KLN’s first involvement in Myanmar. The company has already been active here for quite some time and just a few months ago it opened KART which is a cross-border road transportation network. This network is providing long-haul trucking connections between Thailand and other ASEAN countries. The project will also prove to be useful in one more way as it is expected to generate around 250 jobs for citizens of Myanmar.