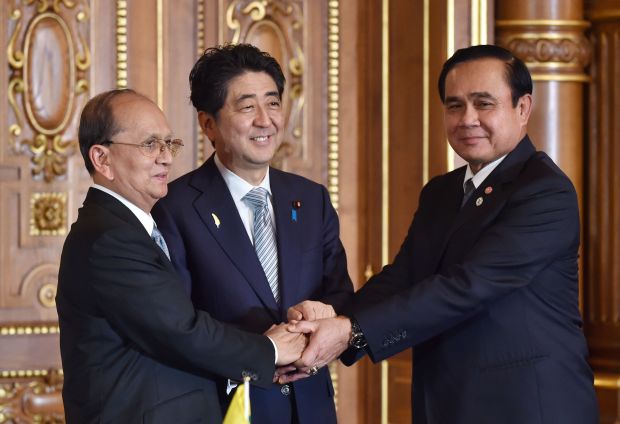 During a meeting held in Tokyo, Japan’s Prime Minister Shinzo Abe communicated his pledge of providing loans amounting to 99.85 billion yen to President Thein Sein of Myanmar. The money will be provided to help Myanmar build its infrastructure. The meeting took place during a summit held between Japan and five countries located along the Mekong River. Besides Myanmar Thailand, Laos, Vietnam, and Cambodia also attended the summit. Out of the total amount pledged by Japan, the biggest share of 41.12 billion yen will go towards building a national power transmission network. 33.87 billion yen will be spent on the improvement of the part of East-West Economic Corridor that falls in Myanmar. This corridor provides road connectivity between Myanmar, Thailand, Laos, and Vietnam. The remainder of 24.87 billion yen is to be spent on the upgradation of circular railway line in Yangon.