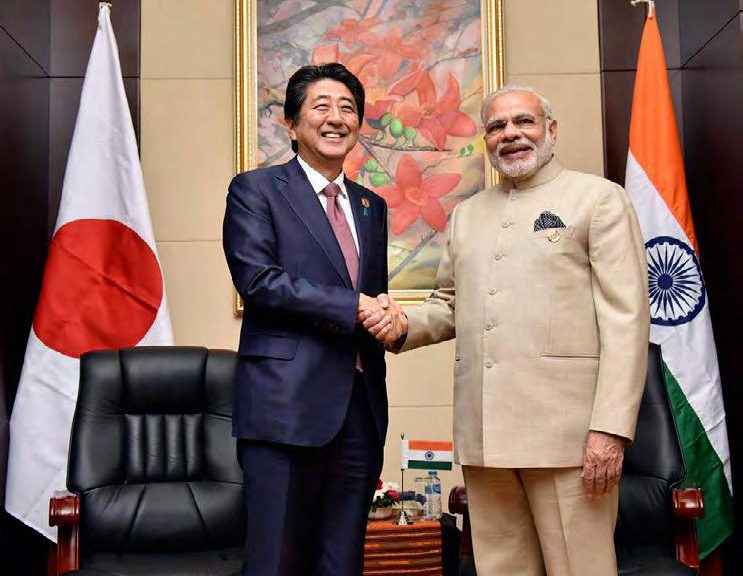 Japanese involvement in India’s keystone infrastructural projects has significantly contributed in supplementing India’s growth stories. Its efforts and interest remain relentless and persistent as it embarks upon developing and boosting infrastructural prospects in the North – East of India while leveraging on the North-eastern pool of resources and its proximity to the South-East Asian countries.

With India being weighed as the gateway to the South East region, and also actively interested in pursuing its Act East policy, Japan’s interest in providing its technical know-how, expertise and experience in the realm of connectivity based infrastructure: roads, railways, electricity, disaster management, forest resource management and so on, is loud and clear.

Against this backdrop, the Coordination Forum for Development of North – East has been set up by India and Japan to expedite infrastructural development in the North Eastern part of India, after the Ministry of Development of NorthEastern Region (DONER) recognizes the priority areas that require immediate attention and operations.

The relationship between Japan and India has strategically gained significance and both the countries look forward to an engaging people-to-people and cultural exchange platform to seek, supplement and strengthen developmental opportunities while maintaining and building historic relations.

As per the International Community, Japan and India have the potential to be mutually-giving partners, with the surfeit of North-Eastern manpower available to boost Japan’s economy and Japan’s intrinsic and engaging interest in developing the NorthEastern part of India.