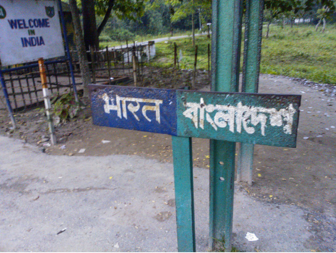 Meghalaya Chief Minister Mr. Mukul Sangma has expressed his happiness about the Land Boundary Agreement (LBA) signed between India and Bangladesh. He believes that this agreement will provide a big boost to trade, commerce and tourism between the two countries. The agreement was signed on June, 6th 2015 and the signing of this agreement completed the previous agreements that were signed between Bangladesh and India in 1974. The aim of this agreement is to rationalize the Indo-Bangladesh border and in order to achieve that around 200 tiny enclaves dotted around the border were swapped between the two countries.

The enclaves stood exchanged on the midnight of 31 July 2015. Mr. Sangma has stated that this enclave exchange will prove to be beneficial not only to the people living in the border areas but also to the state of Meghalaya as a whole. After the enclave swap was completed, Meghalaya gained 240.578 acres and Bangladesh retained about 41.702 acres of land. The confusion arising from the ground situation before this agreement was signed and implemented was causing some discord. However, now that this issue has been resolved, this region has potential of turning into a dynamic zone where trade and commerce can thrive.