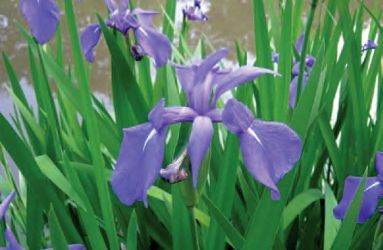 The popular flower of Manipur, fondly known as Kombirei by the locals of Manipur has been accorded with the ‘new species’ status-Iris Laevigata Fisch. Until now it had been mistakenly named as Iris Bakeri wall. Presently, it is declining from its native habitat. The recent course of its name recognition and attention stemmed from its pictures being sent to the Royal Botanic Gardens in London where it was categorized as the critically endangered species.

Species like Iris Wattii, Iris Singuinea and Iris Kumaon also inhabit the state of Manipur. However, kombirei germinates from the wetlands of Lamphelpat and Yaralpat outskirting the town of Imphal.

This mauve-blue flower has a flowering period of about 15 days in April every year and annually, it also forms an integral part of the rich tradition of Manipur’s New Year celebration as well.