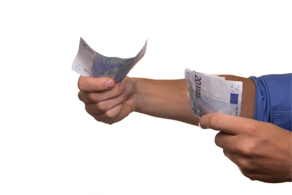 The Central bank of Bangladesh was much relieved to see a drop in the number of default loans. The political disturbance in Bangladesh led to the increase in bad loans during the January to Match 2015 period. In March 2015, 10.47 percent of the total loans awarded by the bank were bad loans. However, by June, 2015 this percentage dropped to 9.67 percent. At the end of March’s, defaults stood at Tk 54,658 crore but in the second quarter of the year the default loans dropped 3.91 percent to Tk 52,519 crore.

Except or foreign lenders, all other banks saw a decrease in defaults in the period ranging from April to June. Specialized banks saw a huge improvement in situation as their soured looks decreased by 21 percent. The government owned commercial banks saw a decline of 1.12 percent in their sour loans. The big decrease in the default loans of BASIC Bank is one of the biggest factors contributing to the decrease in default loan figures over all government banks. BASIC Bank’s defaults were 57 percent of their outstanding loans amounting to Tk 5,080 crore in March. In June, default loans dropped to 47 percent of outstanding loans amounting to Tk 4,308 crore.

BASIC Bank made a lot of efforts in an attempt to retrieve loans including rescheduling the bad loans and showing the as regular ones which also made the bank’s balance sheet look stronger. Some of the bad loans were the result of forgeries and they amounted to over Tk 3,000 crore. This entire amount was transferred to a block account to show a healthy balance sheet. Defaults at private banks also fell down by 1.12 percent at the end of June. However, bad loans of the foreign banks bad loans increased by 5.6 percent during this period.