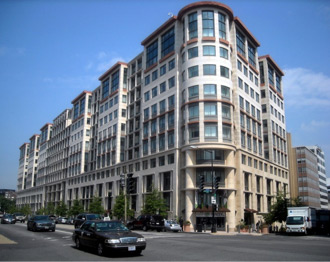 City Mart, a Myanmar based grocery chain, has recently received U.S. $ 25 million as loan. The loan has been provided by The International Finance Corporation (IFC) which is backed by the World Bank. This is a part of World Bank’s initiatives to contribute in the development of Myanmar. The project will involve setting up various supermarkets and hypermarkets throughout Myanmar. The total cost of this project $ 46 million and the remaining $ 21 million will be put in by City Mart itself. The process for loan approval did take some time and both parties were in negotiations for over 2 years. However, the process has finally been completed. Loan was approved on January 7, 2016, documents were signed on January 11, 2016 and the amount was invested on February 10, 2016.

Mr. Win Win Tint, director of City Mart, expressed his happiness on the completion of the transaction and he is hopeful that this will prove to be useful not only for City Mart but also for the people of Myanmar. City Mart already has around 150 retail operational outlets and it has plans to use this funding to open 50 new City Express convenience stores before the end of 2017. The opening of new stores will benefit the company by increasing its revenue which is expected to reach $ 150 million by 2021. Myanmar citizens will be benefited through the as well as some small and medium sized companies will also be brought in order to enhance supply chain and distribution networks.

IFC will not only provide monetary support but along with that it will also share its expertise and provide guidance to City Mart in various important areas such as food safety, proper social practices, good environmental practices and corporate governance.  Myanmar has a huge retail sector amounting to U.S. $ 12 billion but till now it has been very informal. Developments such as these are taking Myanmar’s market in the right direction and if it keeps going the same way it will catch up with other more developed Asian countries soon.