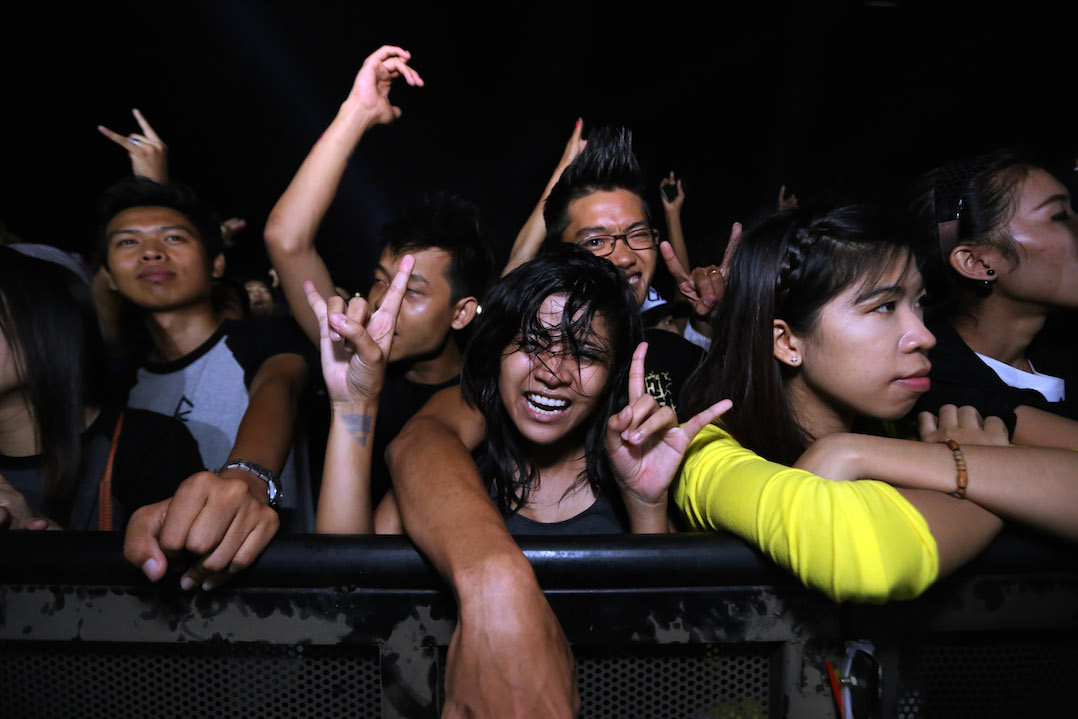 Punk music is on the rise in Myanmar, especially in Yangon. There are no specific ‘punk’ venues but the scene is large enough that several spaces hold concerts when organized. Rough Cut, Pansodan Scene, Pin Lel Studio and of course People’s Park. The #WDGAF show at People’s Park last Friday was a predominately a punk lineup that attracted a large attendance despite the ban on alcohol sales past 10pm. What is known as ‘underground music’ has united young musicians from all different genres. In light of the popular concert, MYANMORE has made a list of some local punk bands that people should check out if interested in exploring this growing section of youth culture. You can catch some of these up-and-coming groups at Pin Lel Studio in North Dagon on March 26th. Check Myanmore.com for more information

Arguably the most famous indie punk bank in Myanmar, Side Effect took the stage singing about freedom and socio-political issues. They have been active for about a decade and during that time they have performed shows in Berlin, Germany and the South by SouthWest festival in the USA, giving them international popularity. They are not a pure punk band, they also mix with garage rock, power pop and back-to-the-basics rock n roll – a style similar to the Strokes or the Libertines. 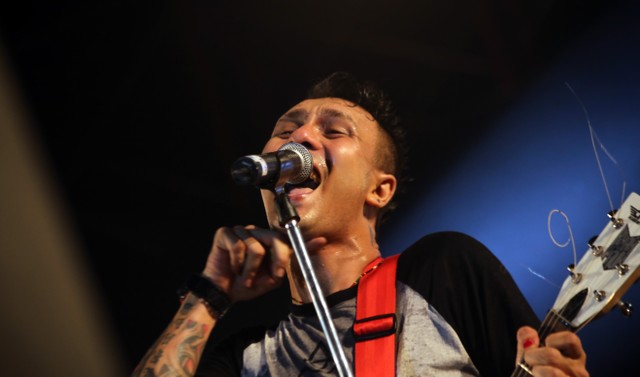 Big Bag is the first local Punk Band to breakthrough and attracted thousands last Friday as the headliner for the #WDGAF concert. Myanmar Teenagers were the main fans of the band at first as they introduced an alternative style of music, which ultimately let Myanmar youth explore a new genre. The lead singer and guitarist Kyar Pout started in the town of Hlaing and has since then brought his music to Yangon. His bandmates Ye Zaw Myo, bassist, and Mung Boih, drummer, help write much of the music and are featured as part of the band’s identity.

Skunx is quickly becoming one of the top bands in Myanmar by integrating punk with melodies reminiscent with hip-hop. Imagine Anthrax meets Crystal Castles. The group opened for Big Bag this past weekend and did not disappoint the packed public park. The Mandalay group formed from two discontinued bands, the lead singer being Eugene Skunx. Skunx writes songs about every topics that most young people can relate to while also touching on social issues. The songs cover politics, lifestyle, education and even sex. They target Burmese youth with the goal of giving hope to those who feel stuck.

No U-Turn is one of the most active bands in Yangon, they played at People’s Park last Friday and will also be playing at Jam It! Kulture in a couple weeks.  They have a ska sound that may remind some of the American band, Rancid. The group has been playing and making music in the underground scene for over 10 years and have released three albums. His long standing presence in Myanmar has given the band has quite a following that know the lyrics to his songs.

The Myth was founded and currently led by female singer Ja Som in 2011. They identify their genre as Pop/Rock whilst adding occasional hard rock guitar licks into their songs. They debuted their first EP album in 2014 “One More Chance” by releasing it on iTunes, Amazon, Spotify, and Myanmar Music Store. The album consists of 6 songs including the  title track ‘One More Chance’, which later became a hit. One More Chance has been featured on numerous TV channels of Myanmar. Currently, they are working on their LP album which will continue with their feminist trend.

The Rebel Riot is the band that came into existence after the Saffron Revolution. The main reason for the formation of the band to fight oppression and corruption. The band uses music as a medium to fight against injustice. Their songs, Puppet Society (2013) and [Censored] Religious Rules (2014) highlight the problems they see in the country. Rebel Riot is now a three member group that have travelled throughout Southeast Asia.

Influenced by Swedish punk groups such as Anti Cimex, Skitslickers, Avskum, Moderad Likvktation and Totalitar, this crust punk band is the first band to ever play such kind of music. Formed in 2009, Kultureshock played local underground gigs all over. The song “Urban Rubbish” talks about how the people are living under the oppressed government and how low-life people are considered to be “trash”.They are considered a D-Beat band, meaning that their message is anti-war and anarchist.

Myanmar Metal: Metal and Punk are not the same thing. But there are some concerts that play both.

Nightmare is a death-metal force not to be reckoned with. The band started as a group of friends who shared a similar taste in metal music. They got their influences from American bands such as Suicide Silence and Lamb of God. Their music is not typical metal music, which is usually about violence or horror. They focus on broken families and the dangers of satiating greed. They aim to give people with troubles a sense of self-respect and something that could light up in their dark times.

Last Days of Beethoven
Last Days of Beethoven is a death metal band made up of five people that bring an end to Beethoven’s “pleasant music”. They mainly sing songs that are about perseverance and not giving up in the face of problems. The songs preach to the people to be bogged down within religious and ethnic conflicts. While being a metal band, LDB sees their message being about peace and harmony.