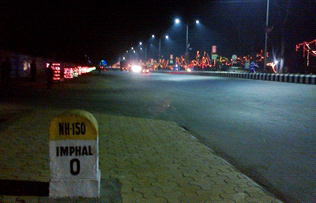 The Government of India has initiated plans to contribute one lakh crore rupees towards the improvement of road network in the entire north-eastern region. This money will be invested over a period of five years and the Ministry of Road Transport and Highways has already begun to hold workshops for all the stakeholders. The first workshop took place in Guwahati, Assam on June 30 and it was inaugurated by Mr. Nitin Gadkari who holds the position of Union Minister for Road Transport and Highways. Through such workshops, Mr. Gadkari aims to seek the support of all the state governments involved as well as engage technocrats, contractors, and skilled laborers etc. so that this plan can be speedily and successfully implemented.

The workshop was also attended by some of the prominent regional political leaders including Meghalaya Chief Minister Mr. Mukul Sangma, Union Ministers Mr. Sarbananda Sonowal and Mr. Kiren Rijiju and the PWD Ministers of Assam and Tripura. Active cooperation of all the North-Eastern states is essential for the success of this venture as the land will have to be provided by them and the central government is doing everything in its power to obtain their support. The Centre has also decided to lay stress on water transport, which is the cheapest mode of transport and yet extremely important from the Northeastern point of view which is connected with the mainland by only a narrow strip of land.