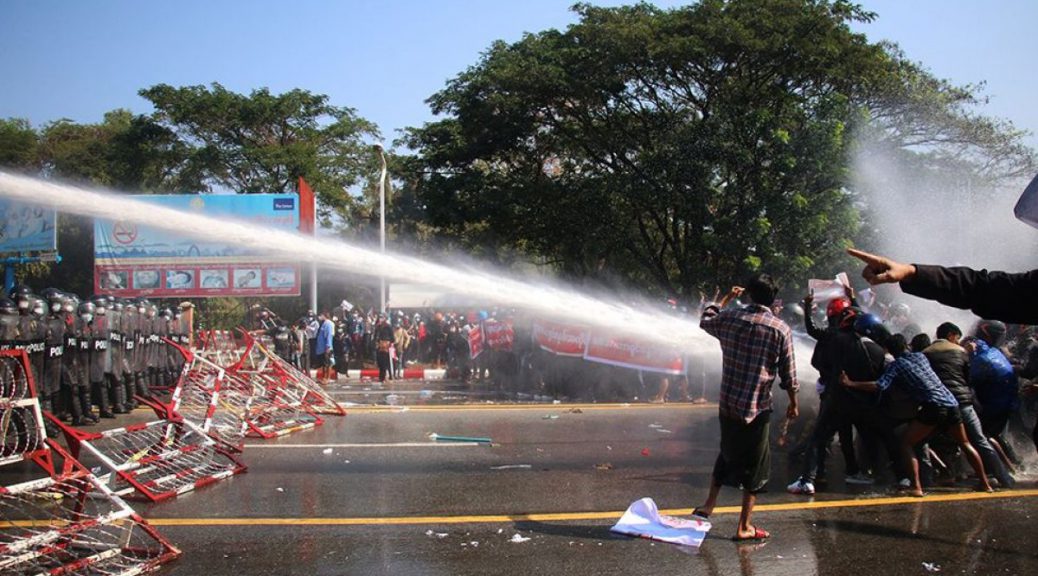 The military has steadily escalated efforts to quell an uprising against their seizure of power two weeks ago, which saw civilian leader Aung San Suu Kyi detained along with hundreds of other members of her democratically elected government.

Myanmar’s junta cut the nation’s internet and deployed extra troops around the country on Monday as fears built of a widespread crackdown on anti-coup protests, but defiant demonstrators again took to the streets.

The military has steadily escalated efforts to quell an uprising against their seizure of power two weeks ago, which saw civilian leader Aung San Suu Kyi detained along with hundreds of other members of her democratically elected government.

With protesters refusing to back down, the generals imposed an internet shutdown on Monday morning and ratcheted up the military’s presence across the country.

Extra troops were seen in key locations of Yangon, the nation’s commercial hub and biggest city, including armoured personnel carriers near the central bank.

Live-stream images shared on social media platforms before the internet blackout showed more military vehicles and soldiers moving through others parts of the country.

However fresh protests again flared in Yangon on Monday morning, including near the central bank.

Hundreds of engineering and technology students protested in a northern district of Yangon, according to an AFP journalist.

However some internet services in Yangon resumed at the start of the working day, according to an AFP reporter in the city.

Deepening fears the military was going to impose a far harsher crackdown, troops in the northern city of Myitkyina fired tear gas then shot at a crowd on Sunday night.

A journalist at the scene said it was unclear whether police had used rubber bullets or live rounds.

Local media outlets said at least five journalists monitoring the protest had been detained and published pictures of some people wounded in the incident.

A joint statement from the US, British and European Union ambassadors urged security forces not to harm civilians.

“We call on security forces to refrain from violence against demonstrators, who are protesting the overthrow of their legitimate government,” they said.

UN Secretary-General Antonio Guterres echoed that call, pushing authorities to “ensure the right of peaceful assembly is fully respected and demonstrators are not subjected to reprisals”.

The US embassy advised American citizens to shelter in place and not risk defying an overnight curfew imposed by the regime.