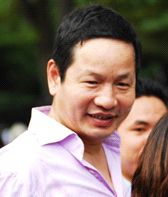 FPT Corporation is Vietnam’s leading tech company which has plans of expanding its reach further into other countries of the world. This company has been present in Myanmar since 2013 and now it has been successful in becoming the first foreign company to be allowed to provide telecom services in the nation. Myanmar’s information and communications technology ministry has been granted the Network Facilities Service-Individual telecommunications service license [NFS(I)] to FPT Corp. This license took effect from July 6th and it is valid for the duration of 15 years. The senior officials from the company state that Myanmar is an important part of the company’s global investment plan. The NFS(I) license, has provided FPT access to a huge market of over 56 million people. It will allow this tech giant to set up its infrastructure throughout the country and enable it to provide fixed line telecoms, internet services and other value added services to its consumers in Myanmar.

Being the only foreign company to be granted the permission to provide such services, FPT Corp. will not have to face any other foreign players though it will have to compete with the six local companies which are already operating in the country. The company already has a significant amount of experience of providing telecom services in Vietnam and Cambodia and it is very happy to have been trusted and presented the opportunity to be able to do the same in Myanmar. FPT Corp. is quite confident that its expertise and experience will enable it to do quite well in Myanmar especially as now the obstacles in relation to Internet line quality and bandwidth have been eliminated. The company has plans to invest in the betterment of the telecoms infrastructure in Myanmar and hopes that it will be able to pave the way for the application of Information Technology to enterprises and government management.

There is no doubt about the fact that Myanmar market has huge potential and FPT seems to be all set to tap into this potential. With a booming economy that is expected to grow a staggering four times at the rate of 9.5 percent annually by 2030, FPT considers Myanmar as Southeast Asia’s fastest growing market. Three years ago, only one percent of Myanmar’s population had access to internet. Today that figure has grown to 25 percent which shows the astonishing rate at which the telecom sector is growing here. By investing in such a booming telecom industry of this nation FPT hopes to obtain sweet rewards in recent future.