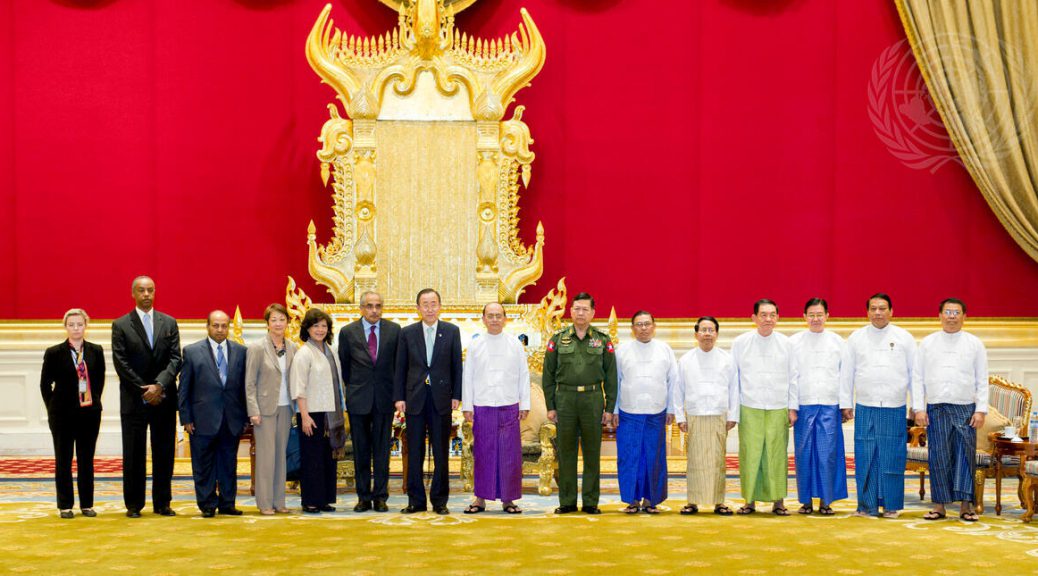 A former under-secretary-general of the United Nations who had warm relations with Myanmar’s previous regime and their proxy government is tipped to be the next UN special envoy for the country after the incumbent’s term expires next month.

Though her appointment has yet to be officially confirmed by the UN, diplomatic sources close to the matter said Noeleen Heyzer would be the new envoy for the country, which she became familiar with as head of the UN’s regional economic commission in the early 2000s. Trained as a social scientist, Heyzer has also served as the UN secretary-general’s adviser for Timor-Leste to support peace-building and sustainable development.

The post of UN Secretary General’s Special Envoy to Myanmar was first created in 2018, mainly to tackle the Rohingya Muslim issue in Rakhine State in western Myanmar, in partnership with the country’s government.

If appointed, the 73-year-old Singaporean would not only take over duties from current envoy Christine Schraner Burgener but would also be likely to inherit her predecessor’s failed mission of persuading Myanmar junta leaders to engage in dialogue to settle the ongoing political and social turmoil caused by the coup in February.

As a former head of the UN’s Economic and Social Commission for Asia and the Pacific (ESCAP), Heyzer is no stranger to Myanmar. She visited the country several times under the previous military regime that ruled the country until March 2011 and knows well the poverty endured by many in the Southeast Asian country. She was also a supporter of the country’s transition to democracy, which was halted by the coup.

When the then regime was reluctant to allow international relief assistance in the wake of Cyclone Nargis, which wreaked havoc in the country’s Irrawaddy Delta area in 2008, killing more than 130,000 people, the then head of  ESCAP was also involved in getting aid delivered to those in need by organizing a post-Nargis recovery conference in Bangkok. The junta’s Deputy Foreign Minister U Kyaw Thu, who was coordinating international assistance at the time, was a main speaker there. Finally, ASEAN, of which Myanmar is a member, was able to fly the aid in.

“Noeleen Heyzer thought that the key was to see things from the Burmese (Myanmar) junta’s perspective, to talk in a language they understood, and thereby break the impasse,” writes Thant Myint-U in his latest book The Hidden History of Burma.

After the then junta released Myanmar’s popular democracy leader Daw Aung San Suu Kyi from house arrest in late 2010, the UN official stepped up her dialogue with the generals for the sake of the country’s development, telling them, “We can bring the best minds here to work with you,” according to the book.

Then she invited Nobel Prize-winning US economist Joseph Stiglitz to Myanmar. In Naypyitaw’s Myanmar Convention Center, before an audience packed with civil society representatives and government officials, including then Prime Minister U Thein Sein, who would become the country’s president a few months later in the regime’s proxy government, Stiglitz stressed the need to increase spending on health and education, invest in rural development and use revenues from oil and gas wisely.

When community strife between Rakhine and Rohingya people deteriorated in Rakhine State in 2012, the Thein Sein government asked Heyzer to help devise an economic development strategy that would be good for both communities.

“Heyzer passed this request on to the UN headquarters in New York. Nothing happened,” Thant Myint-U writes.

She also has good relations with Daw Aung Sun Suu Kyi’s National League for Democracy (NLD). When the news of her would-be appointment as the special envoy circulated, some elected lawmakers—since ousted by the coup—welcomed it, hoping that she would break the political impasse.

The current military regime leaders in Naypyitaw would likely feel more comfortable talking to Heyzer than some other international diplomats, as she is one of the few to have earned the trust of their predecessors. But Heyzer shouldn’t take the significance of her old friendship with the former regime for granted, as current junta leader Min Aung Hlaing is unpredictable. Basically, like its predecessor, the current regime is interested only in maintaining power, not in compromising with its adversaries. It will show up at the table only when it has no choice or sees potential benefits in talking.

By THE IRRAWADDY
Credit: irrawaddy.com