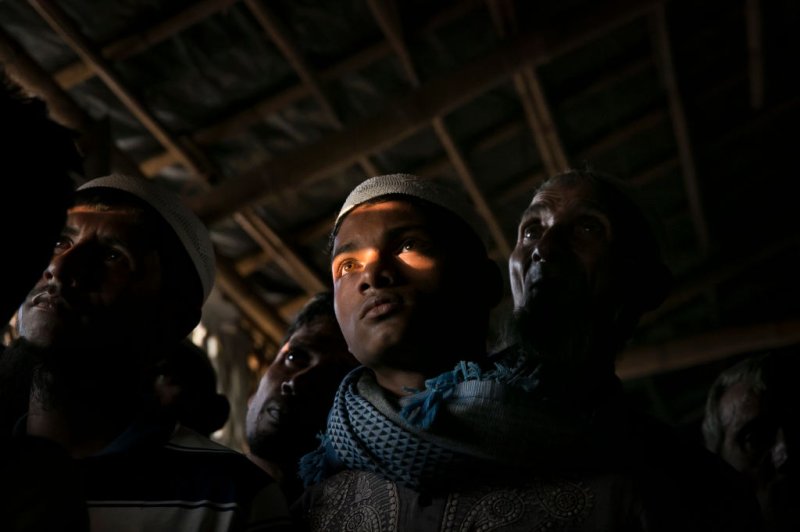 mericans won’t be the only voters going to the polls in November. Myanmar’s third national election since transitioning from half a century of military rule is slated for Nov. 8.

These are tough challenges. But there is another critical question, easy to resolve, that will also determine whether the exercise is free and fair: Will the government ensure the right to vote for Rohingya?

The Rohingya are an ethnic and religious minority, mostly Muslim, indigenous to western Myanmar; and today, far more live outside the country than inside. The reason for this is summed up in a word: genocide.

In October 2016 and August 2017, the Myanmar military responded to nascent Rohingya militancy with full-scale attacks on civilians, forcing more than 800,000 to flee into neighboring Bangladesh. They have no hope of safely returning to Myanmar anytime soon, and this creates new but surmountable logistical challenges for the 2020 elections.

Rohingya-led refugee groups have already said they want the government to facilitate voting from the camps in Bangladesh. One of these organizations, called the Arakan Rohingya Society for Peace and Human Rights (ARSPH), has urged Myanmar to set up voter registration and polling in collaboration with the Bangladesh authorities. Many other Rohingya have since reiterated the request.

Some in Myanmar dismiss this option out-of-hand, calling it unfeasible. But this is a cop-out.

In 2004, some 850,000 Afghan refugees voted in their country’s first presidential election from camps in Pakistan and Iran and through absentee ballots. In that case, concerned governments and international humanitarian organizations did their part to ensure refugees could exercise their right to vote. Myanmar and its bilateral partners could do the same.

There are also an estimated 600,000 Rohingya still in Myanmar, and many there are also anxiously awaiting news about the election. The three Rohingya-led political parties in the country—the Democracy and Human Rights Party (DHRP), the National Democratic Party for Development (NDPD), and the National Democracy and Peace Party (NDPP)—are all registered and intending to field candidates.

But Myanmar has denied Rohingya the right to vote since the 2015 elections that brought Aung San Suu Kyi and her party, the National League for Democracy (NLD), to power. Despite Myanmar’s wholesale exclusion of Rohingya, the international community made the profound mistake of lauding those elections. President Barack Obama, U.K. Prime Minister David Cameron, and U.N. Secretary-General Ban Ki-moon all congratulated Aung San Suu Kyi on the outcome. Hillary Clinton even claimed partial credit for nudging Myanmar onto the reform path during her tenure as Secretary of State, recognizing the election was “imperfect” but calling it “an affirmation of the indispensable role the United States can and should play in the world as a champion of peace and progress.”

Few stopped to consider the repercussions the disenfranchisement of the Rohingya could have. Some analysts suggested that Aung San Suu Kyi would have to build a constructive working relationship with Senior General Min Aung Hlaing in order for her government to be effective. None imagined she’d do so in the commission of genocide against Rohingya, but that’s precisely what happened.

In December last year, State Counsellor Aung San Suu Kyi went so far as to represent Myanmar at the International Court of Justice, defending the military from allegations of genocide in a historic, ongoing lawsuit brought by The Gambia.

By wholly denying any intent to destroy Rohingya, Aung San Suu Kyi won military favor, and by taking aim at Rohingya on the global stage she strategically scored perverse ethno-nationalist points ahead of the elections.

Now, the cycle is poised to continue. Government insiders, diplomats and even representatives of international non-governmental organizations are saying that if all Rohingya were in Myanmar, they would still not meet the requirements of the election law because they lack citizenship. This is a politically convenient excuse.

Not only did Rohingya vote in past elections—during which they were still unjustly denied full citizenship rights—but since the 1990s, Myanmar authorities have kept detailed records of Rohingya through “household lists.” The government has other sources of data on Rohingya as well, including former identity cards and other evidence it could use to determine Rohingya voter eligibility.

Officials may suggest that Rohingya refugees in Bangladesh and those in Myanmar will have the right to vote only if they accept National Verification Cards (NVCs). However, these cards are discriminatory, effectively requiring Rohingya to identify as outsiders, thereby foregoing any chance to restore full citizenship under the current law. Any demand that Rohingya accept NVCs in exchange for the right to vote would be unacceptably coercive.

As November approaches, Rohingya in Myanmar and Bangladesh are hoping that access to the polls might help them secure a better future.

“Rohingya need a voice in parliament,” Abdul Rasheed, an expected candidate with DHRP in Sittwe Township, tells me from Yangon. This will be his second attempt to seek office.

“This is not only about voting and democracy, it’s also about dignity and protection,” he says.

The international community, including the U.N. and other organizations, must now do everything in their power to ensure the Rohingya have the right to vote.

Governments around the world overlooked Rohingya disenfranchisement in 2015, and that was at least one paver on the road to genocide. They must not make the same mistake twice.