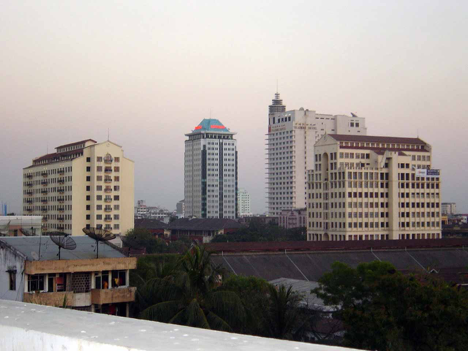 First Myanmar Investment Co., Ltd. (FMI) is Myanmar’s major investment company is based in Yangon, Myanmar. Reporting as a consolidated Group of Companies, FMI has a seen a whooping199% increase over the previous year with its total revenues touching Ks. 33.3 billion. Ks. 13.7 billion has come as a profit from operations. This profit figure also includes contributions from the company’s associates. FMI has declared a cash dividend of Ks. 120 per share thus maintaining its impeccable track record of paying dividends to shareholders every year since inception in 1992. This subsidiary of Serge Pun & Associates (Myanmar) Limited has decided to put future focus in the field of financial services, real estate, and healthcare sectors. Alongside FMI will also keep maintaining smaller investments in other attractive areas.

As a significant development in the financial services sector, FMI has completed acquisition of a 51.0% stake in Yoma Bank. During the 2014-2015 fiscal year, Yoma Bank has seen its net profit before tax rising 363%. The bank now also has one of the strongest management teams in the country which is a result of its sticking to its program of hiring well-qualified local and international bankers. FMI also saw success in the real estate sector as its investment in Thanlyin Star City is proving out to be a great move with 93% of the units in Zone B being sold at the end of the fiscal year. The company has also invested in the next phase in Star City’s development called Galaxy Towers. This project is also moving forward towards being a huge success as it is seeing a very strong demand from buyers. FMI’s KrisPLAZA Naypyidaw, project is also progressing smoothly and so is Meeyahta International Hotel Limited project where it holds 20% stake. The company is also making progress in the healthcare sector by teaming up with Lippo Group and owning 60% of the newly renamed Pun Hlaing Siloam Hospital (“PHSH”). With FMI’s involvement PHSH is undergoing considerable improvements in the infrastructure and equipment department. The hospital has now set up an international-standard 24/7 emergency services department which includes fully-equipped ambulances. The current PHSH is very first facility and there are plans to set up 20 more hospitals over the next 10 years. Additionally, a portfolio of investments in aviation, tourism, retail, special economic zones and agriculture is also maintained by FMI. As Myanmar continues to grow and prosper, FMI is confident that it will keep getting good results from all these sectors.