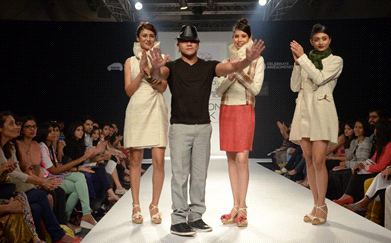 A young fashion designer from Meghalaya named Daniel Syiem has taken his state’s fashion to the world stage by showcasing his creations at some of the biggest fashion hubs including London, New York, and Rome. What he showcases through his creations is the ethnic apparel of Meghalaya and he has been successful in getting worldwide attention. He is deeply connected with the traditional fabrics of Meghalaya and is trying his best to preserve the art of weaving which is slowly dying.

Daniel states that the traditional fabrics are not just a piece of cloth for him but rather they are much more as they represent the culture and the way of living of the people of this state. Eri silk and Muga are the natural fabrics of the region which are hand woven mostly in traditional loin looms. Preserving these fabrics is like preserving the culture of the region and by doing so Daniel also hopes to empower the women weavers of Meghalaya.