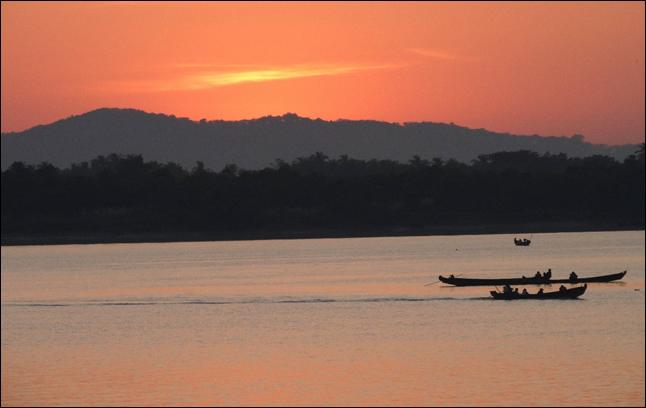 One visit to Myanmar is enough to dazzle travellers. The eclectic fusion of the traditional and the modern, the old and the new entices visitors to partake of and enjoy the way Myanmar thrives, despite the many challenges it faces. The discerning traveller would not miss observing the energy, hope and potential lurking in the air of Myanmar.

Formerly known as Burma, Myanmar has opened its doors to the world in the last couple of years and has become one of the go-to holiday destinations for people across the globe. Myanmar provides something to please everyone and ensures that nobody leaves its shores disappointed. The most popular tourist destinations include Yangon, Mandalay, Kalaw, Bagan to name a few. However, there are a number of places in Myanmar that have remained off the beaten track. This article uncovers such gems.

Loikaw, the smallest state of Myanmar, has largely remained untouched by tourists and is one of the least visited places in Myanmar, which adds to the charm and lure of the place. Loikaw is the capital of the Kayah State. It is located in the Karen Hills area, near the State’s northern tip. Loikaw, along with Demoso, in the Kayah State, have been opened to independent tourists only since 2013.

For a place so remote and unaffected by tourism, the large ethnic diversity one finds in Loikaw is fascinating to observe- Palaung, Shan, Kayah, Kayan are some of the groups found here, each adding their bit in making the state of Loikaw an eclectic melting pot. A stroll through the villages of Loikaw will open up interesting vistas for the tourists in the form of stunning pagodas, temples, stupas, lakes and caves. Tourists are likely to come across ‘long neck women’ wearing golden rings coiled around their necks. A curious traveller will certainly be intrigued by this unusual sight. While it is difficult to trace a reason for this, it is believed that these rings protect the Palaung women from being killed by tigers and the long neck makes them look beautiful.

Loikaw offers a quiet and serene environment to tourists, ideal for indulging their spiritual side and to introspect. One of the most popular sights in Loikaw is the famous pagoda called, ‘Taung Kwe’, towering above the town, on the top of a lime stone hill on the Mingalar Thiri Mountain. The spectacular view of the town especially during sunset makes the journey to Loikaw worthwhile. A cluster of other pagodas such as Myaka Lup pagoda, Shwe Let War pagoda and Nagayon pagoda stand behind Taung Kwe pagoda. Other places that offer a visual treat to tourists include:

i. Seven Stages Lake- a series of seven interconnected lakes, known for the scenic beauty and tranquillity they offer to the tourists.

ii. Christ the King Cathedral- built in 1939, it is Kayah’s oldest surviving church and is a fusion of traditional European architecture and local Buddhist styles.

iii. Kayah State Cultural Museumbuilt in 1996, it is a treasure trove for all the art and cultural aficionados, interested in discovering the life of the Kayah inhabitants. The museum holds a rich collection of books, traditional dresses, household utensils, weapons, paintings and musical instruments.

The sleepy city of Loikaw provides a pleasant introduction to the Kayah way of life and is a base for venturing out into the neighbouring villages. Sitting on the eastern bank of the Thanlwin river, the capital of Kayin (also known as Karen) State, Hpa-an is a place where time seems to stand still. The laidback atmosphere and breath-taking caves and mountains make Hpa-an a backpacker’s paradise. Thanks to the new highway linking Hpa-an to the Thai border at Mae Sot and Yangon, and improved border crossing facilities at Myawaddy, this remote place is witnessing a steady flow of visitors, especially from the neighbouring Thailand.

The population of Hpa-an, about 421,575 (2014 census), predominantly comprises people of the Karen ethnic group, which make up approximately seven percent of the total Burmese population. The place offers a unique opportunity to the curious traveller to know more about the local Karen culture, as majority of people have held on to their traditional ways and language.While Hpa-an is safe and peaceful for visitors, November is a good time to head there, for the visitor can experience the Karen Don festival and get a true insight into its culture.

Besides lazing around at the delightful riverside, soaking in the picturesque landscape, lush green fields, tourists have plenty to enthral them on their visit.

i. Mt. Zwegabin- Dominating the landscape of Hpa-an is Mt. Zwegabin, about 7 miles south of the town, and 2372 ft. in height. The hike to the summit is demanding, but duly compensated by the stunning 3600 views of the town on offer.

ii. Saddan Cave- Gigantic cavern filled with dozens of Buddha statues, pagodas, wall cravings and a lake, transports the traveller to a different world away from the hustle bustle.

iv. Kaw Gun Cave- Located near Kawgun village, this is a natural limestone cave and is covered with several Buddha statues, many dating back to the seventh century.

While Hpa-an may not be the preferred place to visit on the trip to Myanmar, it certainly is worth a visit and offers spectacular vistas for the tourists. Being closed for tourism until early 2013, Dawei is largely undeveloped and unexplored. But, therein lies an opportunity for an adventurous traveller, looking for an authentic and novel experience. Dawei offers jaded travellers everything that a metropolitan city does not- peace, fresh air, pristine beaches, solitude, few people et al.

Dawei is the capital of the Tanintharyi Region and got its independence from the British rule in 1948. It has enormous potential for tourism, as it has something for everyoneuntouched coastline, jungle interior, sprinkling of islands, beautiful pagodas and white sand beaches. With imminent development threatening to disturb the idyllic and untouched environment of Dawei, a trip to Dawei makes for a great treat. Some of the places that could be explored besides lazing around in the town are:

i. Maungmagan Beach- The most popular beach with the locals, around 12 km west of Dawei, Maungmagan has seen a semblance of development; some tea shops, beer stations and restaurants.

ii. Nabule Beach- Tourists can head to Nabule Beach around 15 km north if they want to experience stunning white sands of the Nabule Beach, away from humanity.

Dawei is one of those places where one could just relax and do nothing.

Rudyard Kipling described Burma (now Myanmar) as, “This is Burma. It will be quite unlike any land you know about.” It is calling out loud to travellers, time to answer the call.

Courtesy- Arun Arora is a writer, trekker and a traveler who shares his experiences on various digital portals.