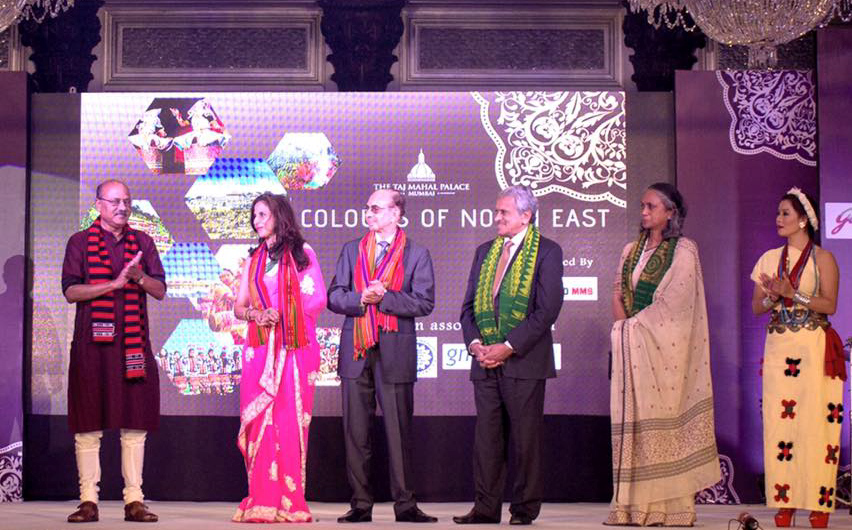 Some of the highlights included live musical performances by North East Indian artists like the Grammy award nominees “The Monks of Bomdila who set the mood of the evening with multi-phonic chanting and Nagaland folk fusion band, The Abiogenesis, blended Naga folk elements from India and modern music. The festival was organized with an attempt to promote the region to a select group of audience comprising Mumbai’s top industrialists, Bollywood celebrities and film producers, Ad film makers, tour operators etc. It is an attempt to create attracts investment, and tourism in the region. With support from various State Government of North East, it was organized by North East reputed Socio-cultural Trust, Trend MMS with support from GMS.