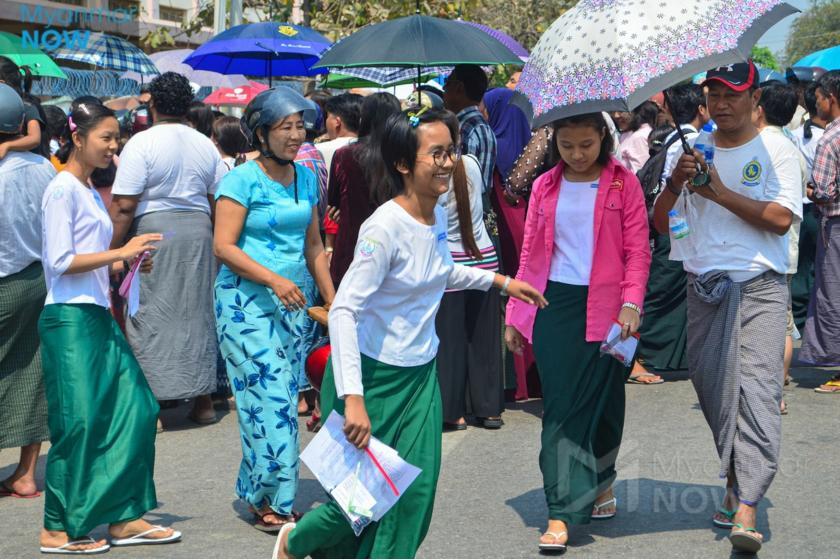 High schools will be the first to go back followed by middle and primary schools if all goes well, says education official

The outbreak of Covid-19 did not disrupt classes because when the government banned large gatherings in mid-March, exams were already over.

Myanmar’s academic year ends in late February and schools are usually closed from March until a new term begins in the first week of June.

The government will open high schools first on July 21, and middle schools two weeks later. Primary schools are then set to open a week after that if everything goes smoothly, said Tin Maung Win, deputy director general of the Department of Basic Education.

And social distancing guidelines for students and teachers will be announced soon, the official said. Some big schools will split students into two groups that will alternate their classes every other week.

Than Htoo, a father of two school-aged children living in Naypyitaw, said he welcomed the plan.

“This plan isn’t bad, that’s how it should be,” he told Myanmar Now.

Ko San, a driver who also lives in the capital and has two daughters, said he is concerned that his youngest will go back to school later than her sister because she’s at primary school.

The authorities also will delay the announcement of the previous year’s exam results up to Grade 10 by a month until June 13. Grade 11 matriculation exam results will even be delayed further, with the date not yet set.

More than 6,000 public schools across the country are being used as quarantine facilities for potential Covid-19 patients.

The government has ordered local departments to return the schools to the education ministry by June 15. Before the return, the facilities will be disinfected.