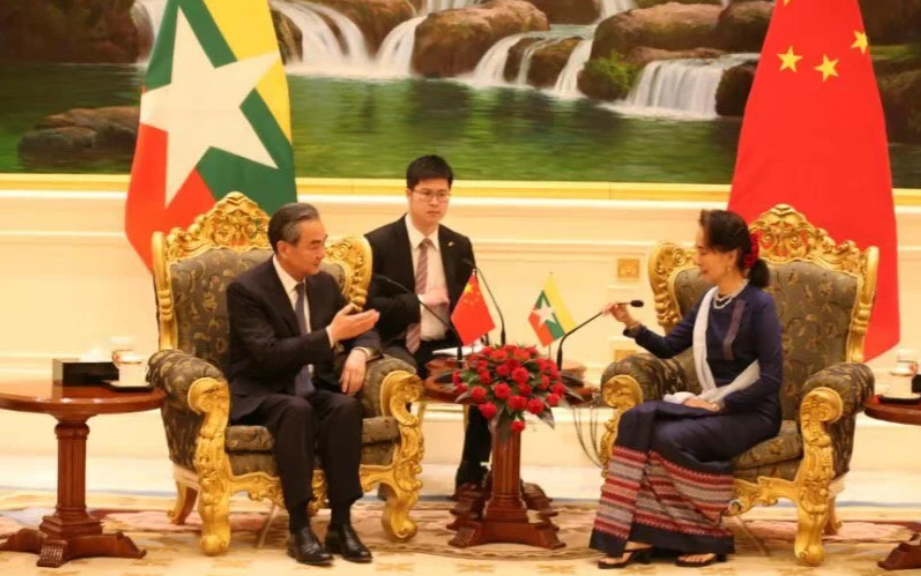 Unlike China’s ‘iron brother’ Pakistan, which has rolled out the red carpet for its BRI projects, Southeast Asian nation Myanmar is set to clip the wings of the dragon.

China may be aiming to conquer the world with its ambitious Belt and Road Initiative (BRI) undermining local sentiments in certain host countries, but the dragon is not invincible it seems. Myanmar is one country where citizens are resisting aggressive and intrusive policies Beijing is known for.

No wonder, the Communist regime has already incorporated the BRI in the country’s Constitution as China plans to invest $1.5 trillion in the next decade.

According to global financial services group Nomura, more than 80 countries are likely to benefit from the BRI project. At the same time, it “will have enormous economic, geopolitical and investment implications for China”, Nomura warns.

What is then that Myanmar is not happy about? The Southeast Asian nation is not in favor of China having a monopoly in key infrastructure projects in the country. One such example is the Yangon Mega City Project under BRI. In July last year, Naypyitaw had allowed other foreign partners besides China Communication and Construction Company to join the project in order to cut Beijing to size.

The Chinese firm was accused of corruption in as many as 10 Asian and African countries where it is undertaking infrastructure development projects, The Economic Times reported.

The Yangon Mega City Project is part of the China-Myanmar Economic (CMEC) aimed at connecting China’s southwestern Yunnan province with Mandalay, Yangon, and Kyaukphyu in Myanmar.

Another hurdle before China’s BRI comes from the rebel-infested Kachin state where China plans to build the Myitkyina Economic Development Zone (MEDZ) along the World War-II Ledo Road that originates in Assam. As experts have pointed out, China’s ultimate aim may be to bring India under the purview of its BRI.

However, the project to be undertaken in collaboration with the Kachin state government is mired in allegations of land grab and lack of transparency, as reported by The Irrawaddy.

It said ethnic landowners within the project site expressed concerns over “possible land confiscations”. Even local politicians feigned ignorance about the details of the project proposed on 4,700 acres of land.

The report sounded an alarm over China-backed projects in Myanmar, ahead of Chinese Foreign Minister Wang Yi’s visit to the country this month.

“It has long been the view in Naypyitaw that Myanmar should be pragmatic in dealing with China,” and goes on to say that “Myanmar should be the one proposing projects to China, rather than the other way around”.

The editorial minces no words in flagging concerns that “the BRI and CMEC projects will give China increased control over Myanmar’s wealth along the economic corridor—such a strategy allows China to exert economic control without ever having to resort to military coercion”.

Such an expression is rooted in the public anger over China-initiated mega projects in Myanmar that seem to have undermined people’s grievances and environmental concerns.

Now, contrast this with what Pakistan has been doing all along vis-à-vis the China-Pakistan Economic Corridor, also part of the BRI. In 2018, then-Pakistan PM Shahid Khaqan Abbasi hailed this as a “game-changer” for his country.

Then, Pakistan has allowed fencing of the port city of Gwadar in Balochistan despite objections from the local population who fear it will turn the town into a “Chinese colony”, restricting their free movement. A part of the CPEC, the deep seaport is built and operated by China.