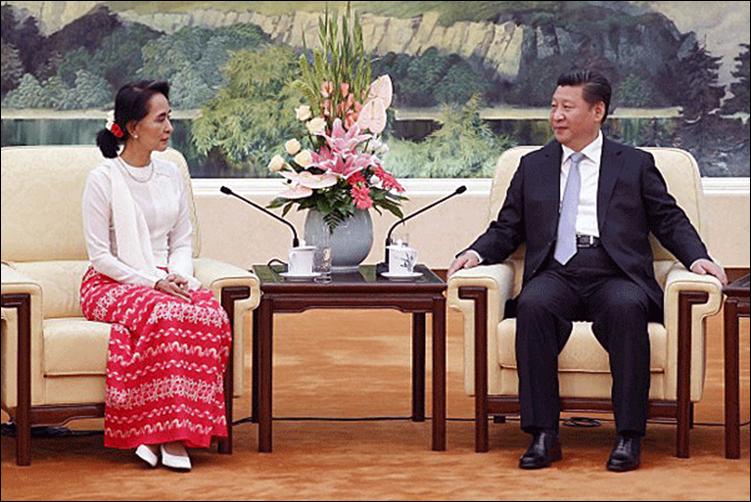 Myanmar and China are on the threshold of forging closer ties as they progress further on the mutually beneficial path of development and advanced bilateral cooperation with one another.

Myanmar’s State Counsellor Daw Aung San Suu Kyi’s agreement to China-Myanmar economic corridor ‘s construction as proposed by the Chinese counterparts reflect the strengthening and reaffirming of relations between the two countries whose friendship has stood the test of time.

The corridor connecting Kumming (south-west China), Mandalay (Myanmar), Kolkata (India), and Dhaka and Chittagong (Bangladesh) is designed and planned to enhance and boost the connectivity between these four countries.

Myanmar holds a strategic geographical position with its close proximity to South-East Asia and China. Thus, Myanmar’s centrality in China’s Belt and Road Initiative is colossal. With the implementation of China-Myanmar corridor, China’s accessibility to the Indian Ocean through Myanmar would get expedited, and the route more convenient contributing to increased connectivity between both the countries. This in effect, would bolster development plans and needs of Myanmar, specifically its transport arrangements, electrical requirements and other infrastructural set-up. The corridor would also help Myanmar in becoming an important destination for China’s industries, leading to more jobs and better living standards eventually.

Chinese President Mr. Xi Jinping asserted Chinese efforts in supporting and solving regional conflicts in Myanmar and its constructive role in ensuring stability and peace in the country plagued by political fumes. The three-pillar giant cooperation pattern of the corridor was well received and appreciated by the State Counsellor as ‘well-matched with Myanmar’s national development plan’.