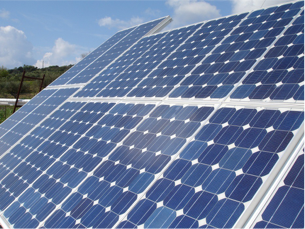 The Union Ministry of New and Renewable Energy (MNRE) has decided on setting up six solar cities in northeast. The six cities which will benefit from this Solar Cities Program include Kohima and Dimapur in Nagaland, Guwahati and Jorhat in Assam, Agartala in Tripura, and Itanagar in Arunachal Pradesh. The program is being implemented at a swift pace in Tripura and Agartala is all set to become northeast region’s first solar city. Agartala is the second biggest city in the northeast with Guwahati being the biggest. In the initial phase of the program, many of the street lights and some other lights as well will be replaced by solar lights and it is expected to reduce 10 percent the power use. Northeast is facing an electricity crisis at the moment and the use of solar power can help in resolving it.

As per the Solar Cities Program, some other steps will also be taken to shift the use of power towards solar energy. Current electricity powered hot water systems being used in hospitals, health centers, nursing homes, hotels, tourist lodges, school hostels, temples, government circuit houses, government bungalows and even the governor`s residence will be replaced by Solar hot water systems. In the northeast, 90 percent of the cost of the program will be borne by MNRE and the state governments will bear the remaining 10 percent. In other parts of the country, state governments will bear 30 percent of the cost and 70 percent will be borne by MNRE. In order to increase public awareness about solar energy and to make it appealing to public, lakhs of specially-designed ‘solar caps’ and ‘solar torches’ would be distributed among rickshaw pullers and students.