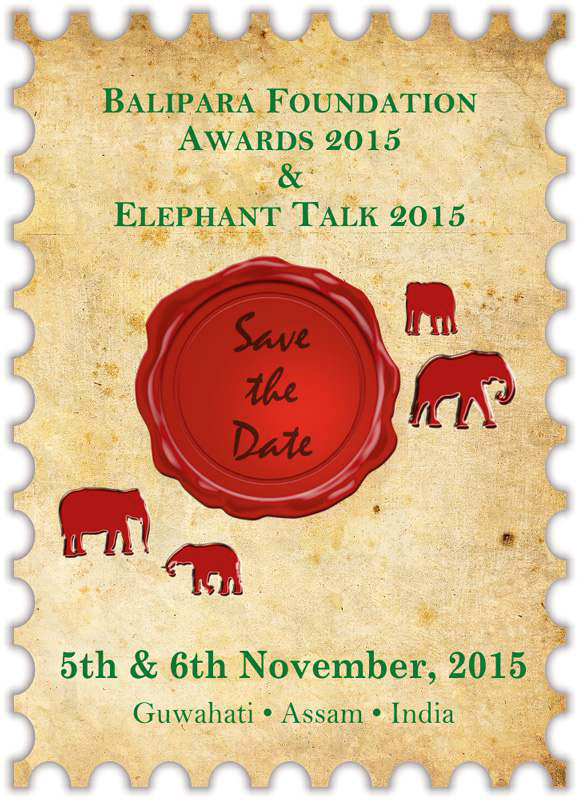 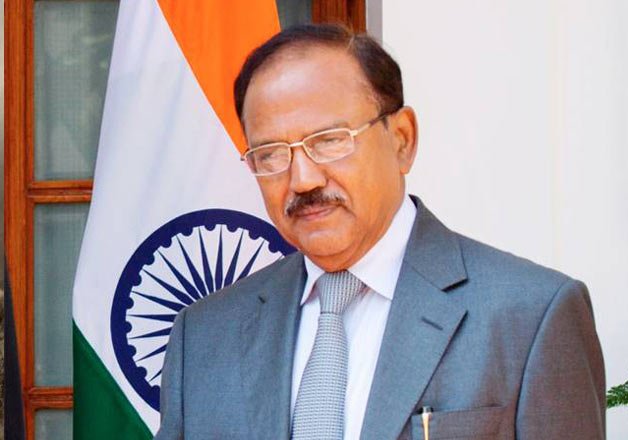 Bangladesh is India’s most important neighbor’ and called for exploiting the full potential of bilateral cooperation, ahead of Prime Minister Narendra Modi’s visit to the country next month.Mr. Doval further gave full credit to the Prime Minister Modi for the ratification of the Land Boundary Agreement while addressing the concluding session of the Sixth India Bangladesh Friendship Dialogue. Bangladesh has sought India’s help to establish its nascent civil nuclear industry, especially technical training in the field.

Bangladesh Cabinet gave its nod to a plan to set up a ‘Nuclear power company of Bangladesh’ to run the under-construction plant, which has a deadline of 2021 to start power generation. Mr. Doval was all praise for Bangladesh’s help on security issues, whether on terrorism or smuggling of fake currency. “In the last one year, the Bangladesh government has been extremely sensitive and responsive to us. They have gone much beyond to ensure that Indian interests are not harmed,” he said. India had longest border with Bangladesh and it was a matter of great satisfaction that the two countries had now a clearly demarcated land and maritime border.

The Sixth round of the India-Bangladesh Friendship dialogue, organised on 22-23M ay 2015 in New Delhi, jointly by the India Foundation, Friends of Bangladesh and Bangladesh High Commission in New Delhi, witnessed high level participation from the political, media, executive and academic circles of both countries. The event acted as a window of opportunity to both witness and participates at an academic level in the ground-breaking processes that Bangladesh and India have initiated and nurtured over last couple of years. The key sessions catered to a very specific set of agenda and scope – keeping the spectrum of sub-regional cooperation in focus. The dialogue rendered a fairly good idea about the future that the two aspirational countries may hope to be heading into.

The dialogue titled ‘Bangladesh-India Relations: Bilateralism and Beyond’ covered the security, trade, and water and energy issues that will define the bilateral relationship for years to come. The dialogue attempted to define the actors, the trends and the peripherals and the optics which shape the economic interaction between the two countries, such as focus on resolving other long-pending problems such as River Teesta water issue and delimitation of maritime boundary.

Speaking on the occasion, Union Minister Suresh Prabhu said both the countries have much similarities and can have a greater degree of cooperation and joint management on issues related to energy and water security, floods and transport. Bangladesh High Commissioner to India Sayyed Muazzam Ali spoke eloquently of Mr Modis personal initiative in having the Land Boundary Agreement (LBA) in place, saluting him for getting the ratification motion passed without a single negative vote. BJP General Secretary Ram Madhav also said the Prime Minister went out of way to get a consensus on the LBA as he had said that he would not go to Bangladesh without ratification of this agreement. Given the demographic dividends of the two countries, India could be of great help to Bangladesh in training and skilling its large youth workforce. The tiny kingdom of Bhutan, wedged high in the Himalayas between China and India, has become famous for its pursuit of gross national happiness (GNH) – conserving nature and cultural values over and above economic growth. The country has declared it will be the world’s first 100% organic nation and carbon neutral for all time to come. Yet, less than 20km downstream from the sacred Buddhist fortress at Punakha, Bhutan’s winter capital, the roadsides are littered with shantytown settlements housing the thousands of migrants who’ve come to work at the site of one of Bhutan’s mega dams, Puna I.

Bhutan plans to exploit the vast potential of its high peaks and running rivers promise to transform it from an isolated backwater into one of the world’s fastest growing economies. It aims to install 10,000 MWof hydropower by 2020, 80% of which will be sold to India. So far it has exploited only 5% of its potential.

However, trouble seems to be on the horizon with most of the jobs created by hydropower being in construction – unattractive to young Bhutanese, products of the country’s good education system, and youth unemployment rates remain high. A host of environmental problems have also emerged.

Climate change adds another layer of complexity. Bhutan has lost 20% of its glaciers in the last 20 years and river flow is predicted to fall significantly over coming decades, leaving dams inoperable.

While the government rushes forward with plans to ease the increasing economic malaise and satisfy the growing consumer class, many in the region fear the lack of systematic planning.

Going beyond its strict ‘High Value, Low volume’ tourism policy, Himalayan travel hotspot Bhutan is in the process of maximizing utilization of its travel trade opportunity through balanced liberalization. As an obvious outcome, the tourism sector in eastern India too is going to be a major beneficiary of the move. Bhutan’s tourism sector is looking at maximizing the prospects of this high potential sector, which can be of great help to the overall economy of the nation.

This will be highly beneficial to the Indian tourism sector too. Almost everyone from the outer world enters land-locked Bhutan through Indian airports like Bagdogra, Delhi, Gaya, Guwahati, Kolkata or Mumbai. With this as a major reason, at least 60% of premium-class foreign visitors to Bhutan prefer keeping eastern Indian destinations in their itinerary.

Four South Asian neighbours Bangladesh, Bhutan, India and Nepal are set to sign an agreement in June to connect their countries by road and boost trade and economic activity. A notable exclusion is Pakistan, which has refused to sign a similar pact with other South Asian Association for Regional Cooperation (Saarc) members.The bloc comprises Afghanistan, Bangladesh, Bhutan, India, Maldives, Nepal, Pakistan and Sri Lanka, who traded among themselves goods and services worth $20 billion in 2013-14, a 12.36% rise over the previous year.

Transport ministers of the four so-called BBIN countries are expected to finalize and sign the motor vehicles agreement at Thimphu, the capital of Bhutan, on 15 June to facilitate the seamless movement of vehicles within the region, said three Indian government officials. The BBIN pact was proposed at the Saarc summit held in Kathmandu in November. The summit was to witness three key pacts being inked—the Saarc Framework Agreement for Energy Cooperation, Saarc Motor Vehicles Agreement and Saarc Regional Railways Agreement. However, only one agreement—the regional electricity pact—was signed after Pakistan blocked the other two.

The motor vehicles pact seeks to open up vehicular traffic in order to give an impetus to trade and sub-regional cooperation —a key element of Prime Minister Narendra Modi’s neighbourhood policy. India is expected to be represented at the 15 June signing by Nitin Gadkari, minister for roads and highways.

Indian Officials are hopeful that the ministers would approve the text and sign the pact at the meeting. Better road connectivity, will enhance trade and economic activity besides allowing increased people-to-people contact among these countries. It was decided to go ahead with the pact since India has bilateral pacts with all three countries but they do not have similar pacts between themselves. So if a truck from Nepal needs to go to Chittagong port in Bangladesh, an agreement among BBIN countries will help. In his speech at the Kathmandu summit, Modi noted “a rising tide of integration” across the world. In contrast, he said, South Asia needed “urgent” efforts for regional integration, adding “it’s still harder to travel within our region than to Bangkok or Singapore; and, more expensive to speak to each other.” Modi also noted that ties between the Saarc countries would grow “stronger when we connect the lives of the ordinary citizens of our countries. That is why connectivity and services by rail and road are so important”.

It will be the best way of overcoming the logjam that we see at the Saarc level. It will show Pakistan it cannot hold the region to ransom. Better connectivity would boost trade and economic activity in the region and also help India develop its North-East, which in turn could become a market for countries like Bangladesh. 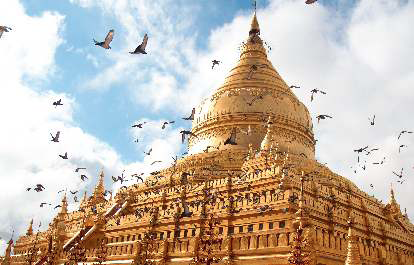 Three years after Myanmar liberalised its economy, a wave of companies from the Republic is flocking to the rapidly developing South-east Asian country – setting up upmarket pre-school centers, swanky bars and eateries, as well as building posh condominiums.

Quaich Bar and the Whisky Store, the Les Amis Group, as well as pre-school operator Modern Montessori were among the Singapore firms that have set up shop in Myanmar in the past 18 months, with the aim of cashing in on a growing middle class and the general population’s rising affluence. These latest entrants to the Myanmar market are following in the footsteps of big players, including construction and property firms such as Surbana, Soilbuild and Tiong Aik, that moved in to jostle for business deals in the first wave, when the country was looking to build its physical infrastructure.

A distinguishing feature of the second wave of Singapore companies moving into Myanmar is their decidedly lifestyle bent: They offer food and beverage, education and lifestyle services, all of which are attracting the swelling ranks of a growing middle-class that is on the move and in search of places and products to spend their new-found wealth on. Its growing middle class has bolstered sales of non-essential products, such as beauty and personal care as well as tissue and home-care products.

With more than five million people and its status as a commercial centre, Yangon is a popular starting point for companies venturing into Myanmar. Singapore companies have made good inroads in the areas of urban development, connectivity and finance. If reforms continue to stay on track, Myanmar has the potential to realise its aspirations of becoming a middle-income economy.

The head of the Myanmar Army, Senior General Min Aung Hlaing, has travelled to Pakistan to meet with senior officials there, as part of plans to strengthen relations between the two countries. The Commander-in-Chief met with Pakistan Prime Minister Nawaz Sharif during his visit, urging cooperation in defence, trade and investment. Sharif said that his country would like to see the bonds grow stronger “in all fields, including defense and economic cooperation.”

The World Bank has formed a partnership framework with Myanmar, which will focus on improving infrastructure, helping the country’s rural poor and supporting small businesses. As part of the 2015-2017 Country Partnership Framework (CPF), the World Bank will provide Myanmar with US$ 1.6 billion through its fund for developing countries, the International Development Association (IDA).

The Washington based lender will also provide Myanmar with US$ 1 billion in investment and US$ 20 million in technical assistance through its private sector arm, the International Finance Corporation (IFC). Ulrich Zachau, World Bank country director for Myanmar, said that the CPF is focused on reducing rural poverty, providing basic services and helping to boost the private sector. Around three million pregnant women and children will benefit from improved health services, and six million people will gain better access to electricity and other basic services under the framework, according to the World Bank.

President U Thein Sein has made a speech praising relations between Africa and Asia at the 60th Asian-African Conference, also known as the Bandung Conference, in Bandung, West Java. H.E. Thein Sein said that he was proud that Myanmar was one of the first five countries to initiate the first Asian-African Conference in 1955, which laid down the 10 Bandung principles that aim to promote peace and cooperation between the two continents. He said that the two continents must work together to help deal with issues such as poverty, underdevelopment, water shortages and natural disasters, through trade, investment, finance and travel.