IIITs, with their unique model of education, research, and industry interaction, are Institutions of considerable repute in academic as well as corporate circles in India and abroad. IIIT-B was established in 1999 with a vision to contribute to the IT sector by focusing on education and research, entrepreneurship and innovation. IIIT-B with its excellent credentials and linkages to software industry has been entrusted with the role of mentoring the MIIT.

A Ground Breaking Ceremony, signaling the auspicious beginning to the establishment of the campus was held on 17th June 2014 at Mandalay. The Ceremony was presided over by the Hon’ble Union Minister H.E Dr. KoKoOo, Ministry of Science and Technology Myanmar. Deputy Minister H.E Dr Aung KyawMyat, Ministry of Science and Technology and Ambassador of India to Myanmar, H.E. Gautam Mukhopadhaya also participated in the Ceremony. A team of professors from IIIT-B comprising of Prof Sadagopan, Professor Vijaya Raghavan, Dr. KRV “Raja” Subramanian and Dr. Debarata Das and officials involved in the project from Myanmar and Ministry of External Affairs, GoI also attended the ceremony.

Ambassador Mukhopadhaya thanked the Honourable Union Minister for the support extended by the Government of Myanmar for the project. He congratulated the team from IIIT(B) for the successful commencement of the course in Post Gradate Diploma in Software Development at Bangalore from 5th May 2014 which is the first programme under the banner of MIIT. He hoped that the Degree Programme would be able to begin from December 2014 at Mandalay as scheduled.

Ambassador Mukhopadhaya said that India’s continued commitment for development cooperation in Myanmar includes a financial commitment of US$ 24 million earmarked for IT projects. Notable projects in the field of IT which have been completed/are under active implementation with assistance from India include – the establishment and subsequent upgradation of IMCEITS at Yangon; establishment of the Language lab and E-resource centre at MOFA Nay Pyi Taw and Yangon; hardware assistance to the Central Land Records Development Training Centre (CLRDTC) Takkyi Township, Yangon; support to the IT Training Programme for 100 Young Myanmar Entrepreneurs at the Infosys Global Education Centre, India (as part of the Myanmar President U Thein Sein’s Initiative to develop human resource and entrepreneurship in Myanmar) in collaboration with UNESCAP; and the proposal for setting up Centre of Excellence in Software Development and Training (CESDT) under the ASEAN-India Fund.

In his remarks Ambassador mentioned that the Information technology sector in India has increased its contribution to India’s GDP from 1.2% in 1998 to 7.5% in 2012. The IT sector In India aggregated revenues of US$100 billion in 2012, growing by over 9%. He said that many IT companies from India have already been engaged by the Government of Myanmar and the private sector for various projects under implementation and hoped that Myanmar would further leverage India’s expertise and experience in the IT sector for growth of its economy and development of the Country.

At the turn of the Century, after full British occupation of Myanmar in 1885, the City of Yangon was already an important flourishing trade center internationally bursting with big and small British commercial organizations. Senior staff of trade organizations, officers of British Regiments, ranking British administrators and merchants decided to bring to Yangon their popular pastime sport, the game of golf.

After decades in the shadows, Myanmar opened up to reveal a surprisingly robust and vibrant golfing community throughout the country

The first golf course in Myanmar was opened in 1887 which is located in the town of Thayetmyo about 225 miles from North of Yangon.

Being a former outpost of the British Empire there are a lot of older golf courses left behind by the British, which are kept in great condition such as Yangon Golf Club built in 1909. Some of the older golf courses have been renovated and they have matured over the years to offer fantastic venues for the adventurous golf traveler.
Myanmar is one of the last virgin golf destinations in South East Asia for golf holidays boasting a wide variety of golf courses.Today there are 127 golf courses all over the country from Myitkyina in far north Myanmar to the southernmost town of Kawthaung (formerly Victoria Point).

As most of the best golf courses in Myanmar are located around Yangon city and some in major tourist hotspots such as Bagan, Mandalay, Taunggyi, Kyaingtong and Lashio, there are enormous potentials for golf holidays. Moreover, the rates such as green fees, caddie fees, buggy rental and other service charges are relatively cheaper compared with the neighboring countries.

It is golden opportunity for those who wish to play golf in exotic courses, besides an experience of un-spoilt natural beauty and to enjoy the warm hospitality of the Myanmar people.

The best time for golf tours are from October to May. Yangon, Taunggyi near Inle Lake and central Myanmar (Mandalay and Bagan) for all year round.

Golf is a passion of many people, particularly in Myanmar and is recognized with one of the best golf courses worldwide; the Gary Player designed Pun Hlaing Golf Club.
Some of the other prominent Myanmar Golf Clubs and Myanmar Golf Courses are the:

Malaysia’s IHH Healthcare, one of the world’s largest hospital operators, is eyeing expansion in Myanmar, as well as possibilities in other countries in Southeast Asia, including China and Vietnam. The company’s chief executive, Tan See Leng, said that the company is eyeing both organic growth and acquisition opportunities in Myanmar, adding that two particular sites of interest in the formerly-isolated nation are Yangon and Mandalay, the country’s two largest cities. 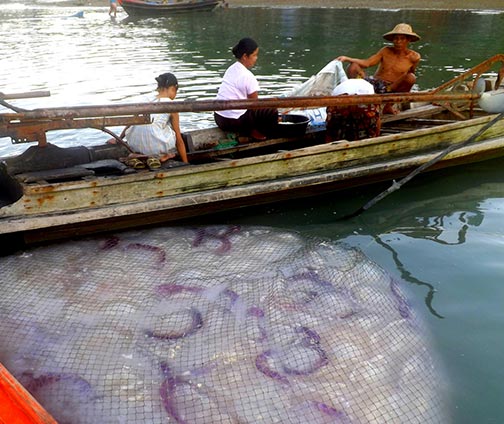 The Myeik Public Corporation (MPC) is planning to invest US$ 4 million in the development of a resort hotel on Kadan Island in the Myeik Archipelago. The new project will begin in March next year with many tourists expected to arrive in the region from Maw Daung, the border station with Thailand, in Thanintharyi Region, a trading point that is expected to become fully operational next year.

Earlier this year, MPC was looking at four new tourism projects,Khuntee, Eastern Sula, Langan and Tanintharyi, but has shifted its priorities to Kadan because of the opportunities on offer there.

Over 80 organizations from civil society worldwide have called on the Government of Myanmar to scrap the proposed legislation that would unlawfully restrict the right to freely choose a religion. If adopted, this law would violate fundamental human rights and could lead to further violence against Muslims and other religious minorities in the country.

The draft “Religious Conversion Law” sets out a process for applying for official permission to convert from one religion to another. It grants Township-level officials from various government departments sweeping powers to determine whether an applicant has exercised free will in choosing to change religion. Those found to be applying for conversion “with the intent of insulting or destroying a religion” could be punished by up to two years’ imprisonment. Compelling an individual to convert to another religion through “undue influence or pressure” could carry a one-year jail penalty. Under instruction from President Thein Sein and the Speaker of the Lower House of Parliament Shwe Mann, the Ministry of Religious Affairs (MoRA) drafted the law based on proposals by a Buddhist organization called the Association for the Protection of Race and Religion.

Rural renewable energy specialist, Sunlabob, has forged a partnership with Myanmar-based sustainable energy firm Relitec to tap into Myanmar’s growing demand for power and develop clean energy provision in the Southeast Asian country Sunlabob said less than 30% of residents have access to grid-connected electricity in Myanmar, a country of 60 million people, while estimates suggest only 4% of the rural population has electricity.

Andy Schroeter, CEO of Sunlabob, said: “This partnership is an important step for both Sunlabob and Relitec to provide high-quality renewable energy solutions to Myanmar, a country greatly in need of reliable, affordable energy.

Amyotha Hluttaw representative, U Myint Kyi, has urged the government to follow in the footsteps of some of its neighbours and develop a nuclear programme focusing on energy and research. A nuclear technology program would bring benefits to medical research, agriculture, measurements of environmental changes and strength testing of large dams.

The Ministry of Science and Technology says it plans to implement a nuclear energy plan in 2014-15 with financial assistance from the International Atomic Energy Agency (IAEA). Last year Myanmar signed up to an additional protocol of the IAEA, giving the agency greater access to facilities in the country.

The Government of Myanmar plans to give the green light to three of six hydroelectric projects to begin construction on the Thanlwin River within three months, where feasibility studies have been completed.

The three projects with completed feasibility studies are Kunlong on the upper Thanlwin River, with an estimated capacity of 1400 megawatts, Naungpha with a capacity of 1000MW, and Manntaung with 200MW. All three have Chinese firms as the joint venture partner.

The hydro projects will be the first of their kind since President Thein Sein halted the Myitsone dam in 2011. The controversial dam was to be constructed at the confluence of the Maykha and Malikha rivers in Kachin State. Construction of a number of other hydroelectric projects also ground to a halt after the president’s decision.

The current government has also seemed to shift its focus from previous administration’s to prioritise environmental and social impacts. The Thanlwin River passes through China, Myanmar and Thailand. China plans to build 27 dams on the river, which the Mekong Energy and Ecology Network official said could adversely affect the entire river as political borders do not match up with ecological ones. Regulatory concerns are gaining in importance because parliamentary members and other government ministries are worried about the social and environment issues resulting from projects, which was not the case under the old government.

Like any developing economy, one of the most important building blocks for Myanmar’s economic development will be access to electricity. Without power, Myanmar’s industry will not reach its full potential. The government is keen to build its internal capacity, and has the opportunity to learn from the experiences of its neighbouring countries in developing its power sector. In addition, the appetite is there in a project finance lending community that has seen fewer opportunities come to market in South- East Asia in 2013 than might have been hoped for.

Asian Development Bank through a $2 million grant project will bring power to 25 off-grid villages of Myanmar to pioneer the expansion of renewable energy in the country.The technical assistance, funded by the Government of Japan, will also help develop access and investment plans for renewable energy and strengthen government institutions in the design of small-scale renewable energy systems.

The three-year project, due for completion in June 2017, will include the installation of 10MW of small-scale renewable energy systems focused on solar and biomass.

The project will install pilots, focusing on the central dry zone (Mandalay, Sagaing, and Magway regions) and develop investment plans and policies for renewable energy expansion in these areas.