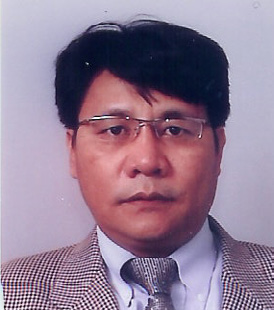 I would like to congratulate the entire team of Globally Managed Services (GMS) and its founder Shri Ranjit Barthakur for bringing out an in-depth informative newsletter titled “Myanmar Matters”, not only to celebrate the historic bonds that India and Myanmar share but also to further strengthen the bilateral relations and fraternity between the people of India and Myanmar.

India and Myanmar are linked not only by geography, but also by the shared historic, cultural, religious and economic ties. Today, as Myanmar stands at the threshold of political and economic transition to a democratic system and market economy, our relations are set to move to a higher plane, acquiring new depth and substance. This has also provided us an opportunity to work together as equal partners to revive the ancient links and rediscover the immense possibilities of cooperation that exist between our two Countries.

My best wishes to GMS for their endeavour which, I am sure, will be a medium for people to enrich themselves in realms of India-Myanmar relations.

It is my pleasure to learn that Globally Managed Services will continue to publish Myanmar Matters newsletter to promote greater understanding between the people and trade relations of the two countries. The first issue of the Myanmar Matters newsletter was informative and impressive. Therefore, I am confident that the forthcoming issue will be even better. I hope the newsletter can inspire Indian businessmen to understand Myanmar and the prospects of doing business in the country. I am pleased to encourage Mr. Ranjit Barthakur, founder of Globally Managed Services, to publish such newsletters regularly. I wish him all the best in his endeavours.

Myanmar is hosting for the first time the International Gems Expo-2013 at the Convention Center in Yangon. Over 40 companies from local and abroad, including the US, Germany, Spain, Italy Cambodia have put their gems, jewellery items and equipment in making finished gems products on display at the expo, which lasts four days starting from May 9.

The foreign Companies exchanged technical views with the local entrepreneurs. The local gems companies are also displaying Myanmar’s mineral resources such as ruby, sapphire, emerald, pearl and gold, including value-added gems products at the expo.

The programmes related to issues on Myanmar are listed below:

5th June 2013 | 11.00 – 12.15
Myanmar: What Future?
As Myanmar undergoes democratic reform and economic liberalization, what are the opportunities and challenges ahead?

6th June 2013 | 15.15 – 16.30
The Long-term View As Myanmar undergoes rapid political and economic reforms, how can it balance the inflow of foreign interests with domestic capacity-building?

6th June 2013 | 16.45 – 18.00
Moving from a Cash to a Banked Economy. With less than one-fifth of Myanmar’s population using formal financial services, how can the country build the foundations of an inclusive and robust financial system?

7th June 2013 | 12.15 – 13.15
Meet Myanmar Parliamentarians Join this informal lunch to meet with members of the National Assembly of Myanmar.

7th June 2013 | 13.45 – 15.00
Taking Myanmar to Work As Myanmar opens up to new business and investment, what steps are needed to match the demand for skilled workers and foster innovation?

7th June 2013 | 15.15 – 15.45
A Special Conversation
Join a special conversation with U Thein Sein, President of Myanmar, who will share his perspectives on Myanmar’s transformation.

This event will be designed to emphasize on the advances made in the field of engineering equipments. The exhibitors of Global engineering Myanmar will include distributors and manufacturers. Construction materials and equipment, air conditioning systems, heating systems, refrigeration systems, lighting, building management systems, professional services
and fittings, green and alternative energy, eco products, water technology, pumps and valves and waste management, oil and gas products are some of the products and services that will be exhibited in the event. This event will offer networking opportunity to the participants that will help them in earning high profits for their business on international level.

This All-Myanmar Summit is organised with the support of the Myanmar Rice Federation and many other agricultural associations in and outside Myanmar. Buyers, sellers, brokers, farm owners, bankers, insurers, region & township farming leaders can meet with the world’s top agro traders, investors and agricultural experts.

It is a global exhibition that is intended to promote the medical and pharmaceutical industry of the world. It is a business event that will generates progressive development in the various respective fields of health and medical management sector. This trade show will ensure the development of national health and hospital industry and Ambulatory health care services. General health administration will find its way to enhance their standard of public services. Myanmar Phar Med Expo will help in building network among other industries and leading medical professionals. Commercial advancement and global reputation will be ensured through this popular health and wellness exhibition on better and healthy lifestyle.

The primary objective of this international trade show is to make the technical and professional experts related to electrical, motors machinery and auto parts manufacturing industry aware of the latest techniques which are badly needed for making this sector more advanced. Manufacturers, Suppliers, Engineers from all over the world related to this field will attend this event and will get a scope to gather useful information.

Electricals Motor Machinery Auto Parts Fair is a must attend event for the like Business Owners, Distributors, Retailers, Government Agencies and Professionals.

Economic Laws Practice, Advocates & Solicitors (“ELP”) is an advisory, litigation and transactional law firm having offices in Mumbai, New Delhi, Ahmedabad, Pune and Bengaluru. With 19 partners and over 90 lawyers and professionals, ELP consistently provides high quality and commercially relevant legal advice by combining specialist legal skills and industry experience. Clients benefit from ELP’s in depth understanding of the applicable laws and policy framework. ELP has over the years successfully represented interests of various industry associations before the concerned authorities. With the growth of the Myanmar economy and evolution of its legal system, ELP would be effectively and efficiently assisting various organizations in relation to the following practice areas:

Myanmar’s notoriously under develope communications infrastructure is to get a boost following the signing of a contract between three Japanese companies—Sumitomo Corporation, NTT Communications and NEC Corporation— and the Ministry of Communications last week. In a statement released on Tuesday, Sumitomo and NEC announced that they would be supporting Myanmar’s “emergency communications network improvement plan” by building a high speed optical cable to link the country’s biggest cities.

The cables will enhance the cities’ internet connectivity, as well as provide more than 1.5 million fixed-telephone lines when they are completed at the end of 2013.

The project has been made possible by a grant of 1.71 billion yen (US$16.6 million) provided by the Japan International Cooperation Agency to assist in Myanmar’s communications’ network development last December. Japan has made no secret of its bid to be the champion of Myanmar’s development on the international scene.

Myanmar has not always had the greatest of reputations, but Thailand-based company Green Earth Power (GEP) have signed a memorandum of understanding (MoU) with the country’s Ministry of Electric Power to construct a $275 million solar power plant in the city of Minbu in the Magway region, close to the capital of Nay Pyi Taw.

The 210 MW power plant is claimed to be the “world’s third largest solar plant” and is expected to be finished within 18 months. To be developed in three phases — 50 MW, 70 MW, and 90 MW — 70% of the cost will be paid through loans while the remaining financing will come from equity. Paul Bernard Yang, president and chairman of GEP, told the Bangkok Post the company is expected to sign a power purchase agreement with the Ministry within the next 90 days.

“We are also in negotiations for a second MoU, [for a plant that] could be in Mandalay or Yangon, and to have capacity of more than 200 MW,” said Yang. “The second MoU with the Ministry of Electric Power is expected to be finalised this year.”

Development of renewable energy anywhere in the world is big news, especially on such a large scale. The appeal of such a project only grows once you consider that not only is Myanmar not one of the stereotypical nations to develop renewable energy, but that the country currently only provides electricity to 26% of the country, while only 4% of rural areas have access to power. more…

Myanmar is one of the most ethnically diverse countries in the world, the outcome of three mass migrations from Central Asia and Tibet. Myanmar’s 60,280,000-person population is divided into 135 officially recognized ethnic groups. These 135 ethnic groups are subsets of 8 major national ethnic races grouped by region as opposed to language or actual ethnicity.

Bamar are the ethnic majority in Myanmar. They make up 68% of the total population and dominate both the government and the military. Because they drastically outnumber every other ethnic race in the country, their language (Burmese) is the official language. The Bamar live in the central plains near the Irrawaddy and Sittang rivers. Shan are Myanmar’s second largest ethnic race, live in the river valleys of the Shan plateau and most survive on their farming abilities. While most members of this race are Theravada Buddhists, the Shan State is home to a number of ethnic groups that practice Christianity. It is also rich in natural resources, such as silver, lead, gold, tungsten, rubies, sapphires and teak.

Kayin or the Karen, are the third largest ethnic race in Myanmar and live in tribal mountain villages as well as along the Myanmar-Thailand border. The majority of Kayin are Theravada Buddhists, while approximately 15% are Christian.

Rakhine or Arakenese people live along Myanmar’s western coast. They are very closely related to the majority Bamar race differing only slightly in language. Though not a subset of the Rakhine people, the Muslim Ronhingya people of Indo-Aryan race reside in Rakhine state.

Mon are Myanmar’s earliest settlers of the Ayeyarwaddy delta, Mon state, and Karen state. The Mon were vital in shaping the culture of modern Myanmar. Their script became a part of the Burmese language, and, perhaps most importantly, they brought Theravada Buddhism to both Myanmar and Thailand.

Kachin can be found in northern Myanmar. They are subsistence farmers practicing rotational cultivation of hill rice. This race is known for its expertise in fighting, herbal healing and jungle survival. The entire race is said to share a common ancestor in Madai, a man they worshipped
as a god. Today, as a result of American missionaries, most of the Kachin people are Christians.

Kayah live in the Karenni state, which was independent until the British colonization of Myanmar in 1886. The Karenni, or the Kayah, are a subset of the Kayin people. The Kayah themselves include nine different ethnic subsets. One subset of the Kayah, the Padaung tribe living on the Myanmar-Thailand border, are famous for the neck rings worn by the women of this group.

Chin people inhabit both the Chin and Rakhine state on the Myanmar-India border. They arrived in Myanmar late in the 9th century A.D. Chin villages were once self-governed municipalities run by chiefs and councils of elders. Missionaries managed to convert about 80% of these people to Christianity, but many still practice traditional tribal beliefs and Theravada Buddhism.

Many unrecognized ethnic groups still exist. The Burmese Chinese and the Panthay are two of these groups. Together they make up 3% of Myanmar’s population while Burmese Indians make up 2%.