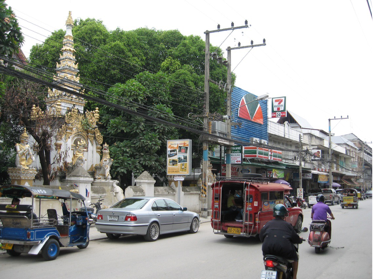 The new Myanmar consulate in Chiang Mai has been officially opened and the event was attended by Myanmar’s Foreign Minister Mr. Wunna Maung Lwin and Ambassador to Thailand Mr. Win Maung. Thailand’s Deputy Prime Minister and Foreign Affairs Minister Mr. Tanasak Patimapragorn and some other Thai diplomats were also present at the event. Myanmar had previously opened the Consulate General office in northern Thailand in 1960 which was operational till 1976 but it was shut down after that as Myanmar closed itself to the rest of the world. The reopening of the consulate can be seen as a display of the good and further improving relations between the two countries.

The Myanmar Consulate General office in Chiang Mai will perform all the tasks typical to an office of its stature. It will handle Myanmar visa issues, passport issues, and issues related to migrant workers. It will also work towards building on the bilateral relationship with Thailand and moving towards a more mutually beneficial relationship between the two countries. Mr. Kaung San Lwin has taken up the role of new Burmese Consul-General. One of the first things he did after assuming his new role was to sign a visa exemption agreement for Burmese and Thai citizens entering either country by plane.

Working to resolve the problems of Myanmar migrants living in Thailand will be one of the key focus areas for Mr. Kaung San Lwin. It is estimated that more than 2 million people from Myanmar live and work in Thailand. Most of them take up labor-intensive jobs and often have to work in unsafe environments. Many of them don’t even have work documents or official identity. Mr. Wunna Maung Lwin has stated that he will provide complete support to these migrant workers on behalf of the Myanmar government and he urged the workers to act through proper channels so that they can receive full labor rights.