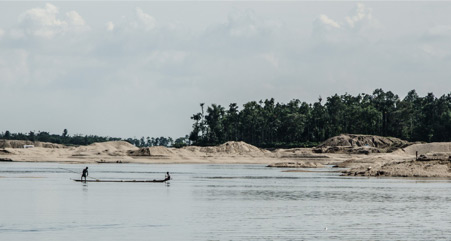 As Bangladesh’s trade relations with India improve, it is trying to take it a step further by developing an economic zone along its border with its neighbouring country. The economic zone will be set up in a Bangladeshi district named Jamalpur which borders Indian North Eastern state of Meghalaya. It will be set up on a huge area sprawling 500 acres and will be facilitated with all the nectary facilities to make it a lucrative centre for attracting investment from both Indian and Bangladeshi corporations.

The project was approved by the Executive Committee of the National Economic Council (ECNEC) of Bangladesh on April 13, 2016. The estimated cost of the project has been set at Rs. 300 crore and it is expected to be completed before the end of 2017. Bangladesh is eyeing India’s North Eastern states as its one of the main target markets for exporting light engineering goods, garment, consumer goods and food items. This project is aimed at making the most of this trade opportunity and maximizing gains.