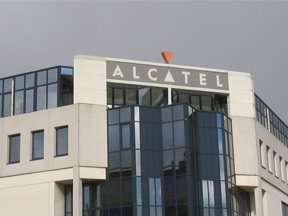 Alcatel-Lucent has joined hands with Campana, a Singapore-based telecommunications infrastructure firm, in order to provide Myanmar with its first private undersea internet cable. Once this cable gets operational it will provide an additional 300 Gigabits per second capacity to Myanmar. Alcatel-Lucent is considered as a world leader in the field of undersea cable systems deployment and it has successfully handled and completed multiple such projects in the past. This new cable has been named MYTHIC, which is short for Myanmar-Malaysia-Thailand-International Connection and it is expected to become operational by April 2017.

At present the whole of Myanmar has around 100 gigabits of international capacity and MYTHIC is going to add three times of that on its own. Myanmar already has one undersea fibre optic cable which is controlled by Myanmar Posts and Telecommunications (MPT), a state owned company. This cable is available for public leasing but as MPT has complete monopoly at the moment; its costs are too high. At present, the bandwidth costs in Myanmar are twice as compared to Thailand and as much as seven to ten times higher as compared to Singapore.

The MYTHIC cable is not going to be owned by any individual operator and thus it will be carrier-neutral. It is expected to not only increase Myanmar’s bandwidth capacity and enable it to provide more stable internet services but along with that it is also expected to lower the cost of internet services for all the local users. Alcatel- Lucent will remain closely associated with the project throughout its life cycle. The company will conduct the preliminary ocean survey work, design the cable, manufacture the cable, lay the cable, commission the system, and even take care of the maintenance of the cable system after it has been laid down.