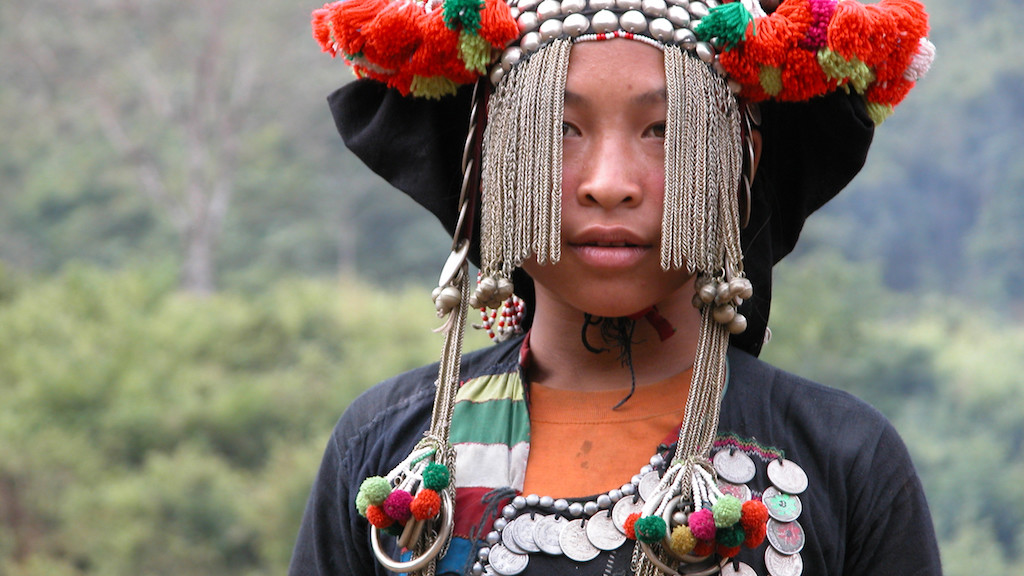 The Akha are an ethnic group known to be originated in China and Tibet. Most of the remaining Akha people are now distributed in small villages among the mountains of China, Laos, Myanmar and northern Thailand, where they are one of the six main hill tribes. In Myanmar, most of the Akhas are found in the Shan State. They usually make their villages in the hill regions.

In an Akha village, the dwellings are made with the traditional thatched roofs. The Akha generally live in bamboo houses raised on low wooden stilts in hilly areas, where they subsist through a slash and burn rotation method of agriculture. They are expert farmers and hunters. There is controversy as to whether they are responsible for deforestation or actually preserve the environment, and over development projects which some regard as taking away the Akha’s land.

In more touristed areas, the Akha will often supplement their income through the sale of handicrafts and woven clothing made using traditional skills.