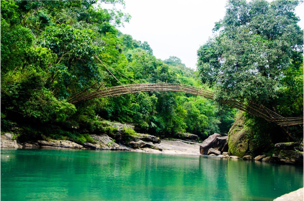 The central government is taking steps to promote northeast as a tourist destination. A very important step taken in this direction is the announcement of incentives to those airlines and Bollywood personalities and media houses that will help the government in this task.   Central government has decided provide special incentives to airlines that will contribute towards increasing air connectivity to the North East. Similar incentives have also been announced for Bollywood in an attempt to promote North East as the perfect destination for shooting films. Through these efforts the government is making an attempt to attract more industries to all the eight Northeastern states. As more industries enter the region, more jobs will be created for the people, especially the youth, living in this region.

At present North East suffers greatly due to lack of proper connectivity with the rest of India. The road and rail connectivity is quite limited due to the difficult terrain. If airlines increase the number of flights to this region it will make it much easier for people to travel to and from North East.  Ministry of Development of North Eastern Region (DoNER) is also engaged in talks with the Civil Aviation Ministry in order to improve air connectivity in the region. Along with trying to provide better air connectivity, DoNER is also working hard to improve the road and rail network.