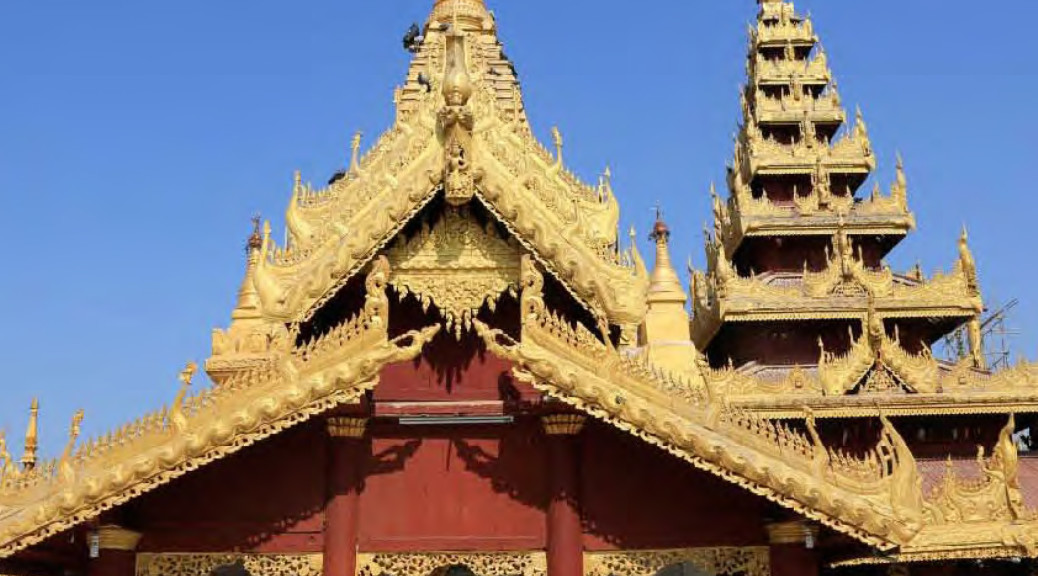 Myanmar is a Buddhist majority country where Theravada Buddhism is the most practiced religious tradition. This is a
place where pagodas, monasteries, and various other historical structures related to Buddhism thrive in abundance.
When you walk around in Myanmar you will get to see the stunning site of monks dressed in their traditional red robes all
around. In Myanmar, each male is expected to serve as a monk twice in his life. The first time a person joins a monastery
as a novice and the second time he is expected to become an ordained monk. The people of Myanmar show their true love and respect for Buddha and his symbols not only by keeping him and his teachings in their heart but also through their actions. Buddhists of Myanmar buy gold leaves and apply them to pagodas and Buddhist statues.The magnificent gold-plated Shwedagon Pagoda can be seen shining
from anywhere in Yangon. Both rich and poor are equally devoted Buddhists and they believe that building pagodas is a very noble
act. Rich people often fund the building of these pagodas. When pagodas get old or damaged they are quickly restored to their original splendor. Numerous people visit pagodas every day and they always follow the rule of going barefoot. Besides the pagodas and monks another thing that you will immediately notice in Myanmar is a lot of people walking around with their faces painted with a yellowish powder. This yellowish substance is called thanaka and it is an inherent part of Myanmar’s culture. When you visit a Buddhist temple, the attendant there might apply it to your face as a ritual. When applied to skin it feels cool and gives a wonderful fragrance. The people of Myanmar believe it is good for the skin and it matches their complexion very well.