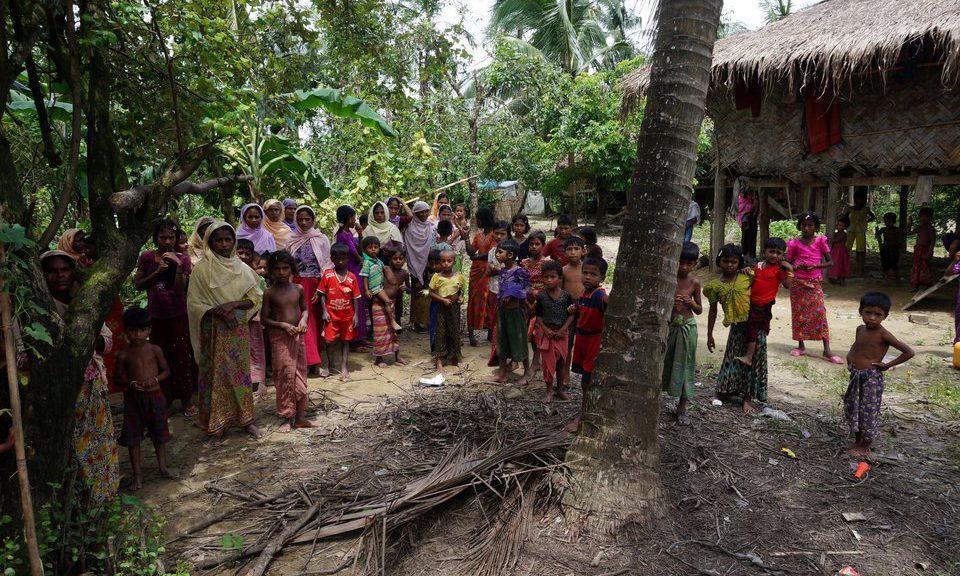 Something peculiar and unexpected happened in Myanmar in mid-July: A group of Rakhine Buddhist students visited a camp for Rohingya refugees.

This kind of thing is new. While the “clearing operations” against the Rohingya over the past two years have been orchestrated by the federal military forces of Myanmar, directed from Naypyidaw, the Rakhines had long been a primary engine of previous violent outbursts against their Rohingya neighbors in Rakhine/Arakan, such as in the 2012-13 flareups of ethnic conflict. Indeed, crackdowns on the Rohingya by federal authorities have frequently been invited and welcomed by Rakhines throughout the turbulent history of post-independence Myanmar.

What is unclear at the moment is whether the federal government in Naypyidaw is aware of these developments, or indeed whether they might even be supportive of them. What is known so far is that an apparent, concerted effort to build bridges between the communities is actively supported by younger Rakhines, particularly students. As such, it is plausible that they are working entirely outside the reach of the Myanmar federal authorities, and indeed, outside of the knowledge of local Rakhine authorities who had been so hostile to Rohingyas in the past.

But it is also the case that both Rakhine and federal authorities have been running a pretty tight ship on anti-Rohingya propaganda up to now, so the fact that this is happening at present seems odd. Given that Rohingyas are so routinely demonized as “Muslim terrorists,” and sympathy toward the “terrorists” has been suppressed in the past, the fact that this new movement from among the Rakhine youth in the state has made it through to an international audience may point to some shifts in the background as to how authorities are approaching the issue of the Rohingya. Especially since, one has to imagine, the students had to get past security at the camps.

Might this have been allowed to happen in order that the authorities in Myanmar could be able to point to “civil society efforts” as positive developments as it continues to face unrelenting criticism on the international stage, and perhaps even censure at the International Court of Justice? Might this even have been encouraged or instigated by some state or federal authorities as a PR exercise for the country?

One needs to watch these efforts closely, and actively support any real dialogue between the people of Rakhine/Arakan state. If these students are indeed leading an independent effort to change things for the better in their country, the global community should be very vocal and robust in defending them against any censure from the authorities for speaking out.

Indeed, even if this is some cynical ploy where the authorities are working in the background either to allow or actively encourage these initiatives for PR and propaganda purposes, the international community should still support the debate moving forward toward the acceptance of the Rohingya in the land of their birth, and use the opportunity to push for them receiving full rights as citizens which they are entitled to under international law.

In all cases, this is a positive development. Things will not now suddenly, or inevitably get better. The entire global community must continue to fight relentlessly for the Rohingya to be accepted as equal citizens in their own country. Nor can the global community allow the perpetrators of the genocide be left off the hook, now that the debate seems to be changing toward a more positive direction. Whatever the reason for these developments, the international community must continue to support them, but it must also make sure that it does not lose focus of all the other things that need to be done.