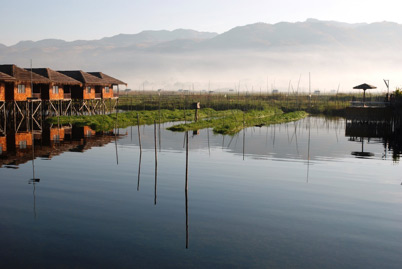 Myanmar is changing and it is changing in a good way. For the last many decades, it was not on the list of vacation destinations for most people around the world. It’s being ruled by the army and the sanctions imposed on it by various countries because of it made people hesitant to visit Myanmar. Also, getting a visa was extremely hard and could even be considered close to impossible. So, in a way this country was pretty much a separate world of its own which was closed off for all the outsiders.

All that has changed in the last few years as Myanmar is opening its gates for the rest of the world and transitioning towards democracy. This country is blessed with breathtakingly beautiful locales and it is home to some of the nicest and most friendly people in the world. Now that people residing in other countries are getting to learn more about Myanmar, they are becoming interested in its culture and so many want to visit this wonderful nation. Myanmar is not just a good tourist destination but it is also unique in many ways. Below is the list of six amazing experiences that only Myanmar can provide:

People of Myanmar are very fond of tea and drinking this beverage is so commonly popular here that it can be called a lifestyle. Here, people do not frequent bars like they do in the western countries. Myanmar people prefer going to teahouses and this practice is so common that each and every neighbourhood has at least one such shop and some of them even remain open 24 hours a day. The ambience and feel of sipping tea at these teahouses is a very different experience that you will not get anywhere else in the world.

This is one sight that you most probably have never seen if you have never been to Myanmar. One-leg rowing is practiced by Myanmar’s Intha fishermen using ten feet long boats that are built like canoes. Nowhere else in the world will you find people rowing using their legs. They wrap one leg around an oar and control the movement of the boat by manipulating the pressure on their free leg. Intha fishermen live in colourful floating villages held up by bamboo which is a wonderful sight in itself.

If you want to see the world’s largest book, you will need to visit the gilded Kuthodaw Pagoda located at the foot of Mandalay Hill in Mandalay, Myanmar. This pagoda has a total of 730 marble slabs all of which are inscribed with Buddhist teachings. It was built circa 1860 by King Mindon Min and it took him eight years to complete the construction. The texts displayed on 729 of the five feet long and three and a half feet wide marble slabs were taken from ancient manuscripts. The last slab contains information about the pagoda and how it was built.

U Bein bridge located in Amarapura, Myanmar is 1.2 kilometres long and that makes it the world’s longest teak bridge. The bridge was built in the late 1850s when the capital of Myanmar was shifted from Amarapura to Mandalay. The Amarapura palace was dismantled and the pieces of wood obtained from it were used to build this bridge.

The Inle Heritage House is built above the Inle Lake and it consists of six bungalows and is also home to Myanmar’s only over-water Burmese Cat Sanctuary. The sanctuary was created to save the very rare Burmese cats from extinction when their number became alarmingly low. In 1930s not even a single Burmese cat remained in Myanmar as they were freely allowed to breed with other cats which led to no pure bred cat being left in the whole country. Fortunately, some people had taken these cats to other countries and maintained their pure breed. 40 of these cats were reintroduced to Burma and housed in the Inle Heritage House. Here you can not only watch these cats but also play with them.

Shwenandaw Monastry is only former royal residence in Myanmar that still retains its original structure. The other royal palaces were destroyed in World War II bombing. King Thibaw Min starting building this structure as it stands in 1878 and it took him five years to complete it. It was built using the materials obtained from dismantling the royal place built by King Mindon Min in the year 1857. This magnificent building showcases the traditional Burmese architectural style. It has large teak pillars and artistically carved teak panels which display scenes from Jataka tales recounting stories from previous lives of Gautam Buddha.